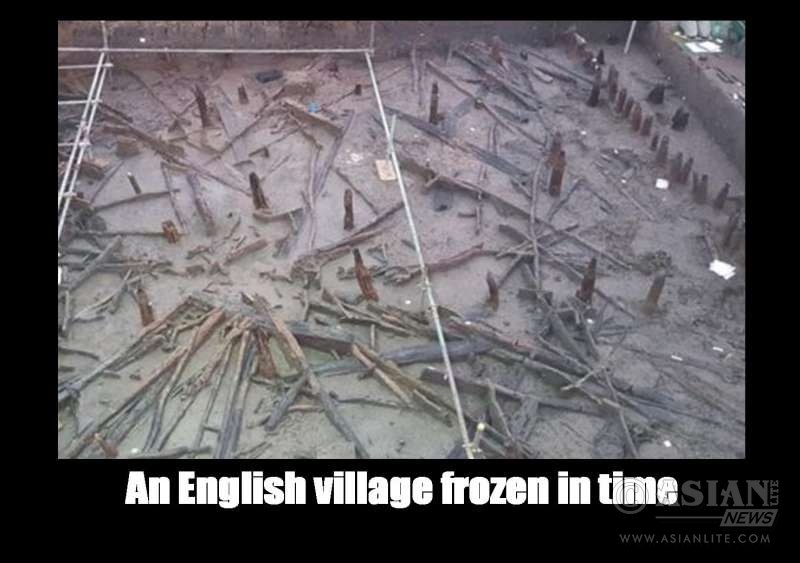 It has been described as Britain’s Pompeii, a Bronze Age settlement from around 3,000 years ago, frozen in time.

Archaeologists are preparing to remove roof timbers from homes once occupied by ancient Britons to reveal the secrets of their lives, reports Xinhua news agency.

The Italian city of Pompeii was trapped in time by a volcanic eruption, the settlement at Must Farm in Cambridgeshire was hit by fire, causing the timber houses to collapse into a river bed where they have been preserved in silt. It is thought the families were forced to flee, leaving behind their possessions.

It is thought there was a settlement of around six circular dwellings on the site at Must Farm, built on wooden stilts above a river channel.

Once the roof support timbers have been carefully catalogued, they will be removed to expose the contents of the houses.

The dig at Must Farm has this week reached its half way stage, already documenting hundreds of pieces of remains and finds.

Kasia Gdaniec, Senior Archaeologist at Cambridgeshire County Council, said: “We think those living in the settlement were forced to leave everything behind, an extraordinarily rich range of goods and objects are present in the river deposits.

“The settlement was built on a platform on piles over a river channel and dates back to the end of the Bronze Age.

“The piles were destroyed by fire, causing the structure to collapse into the river, thereby preserving the contents in situ. As work progresses, we are making extraordinary discoveries and learning more and more about this unique site.”

The site was first discovered in 1999 when a local archaeologist noticed a series of wooden posts sticking out of the edge of a working quarry. The initial discovery led to small evaluations.

Those preliminary excavations, revealing incredibly preserved artefacts. But although they only scratched the surface of what was there, they gave a real glimpse into life during the Bronze Age. It paved the way for the current major exploration of the site.

Items including tools, bowls still containing food, and textiles have already been found around the site, the archaeologists believe the contents of the houses remain buried, and preserved, in the silt beneath the wooden roofs.

A spokesman for Cambridge Archaeological Unit, which describes the discovery at Must Farm as unique, said: “We currently have the amazing remnants of a Bronze Age round house roof, which has led to great excitement.

“This roof is sitting on top of, and currently sealing, all of the remains of the building’s interior. These remains are most likely a source of lots of new information about homes during this period of prehistory.”