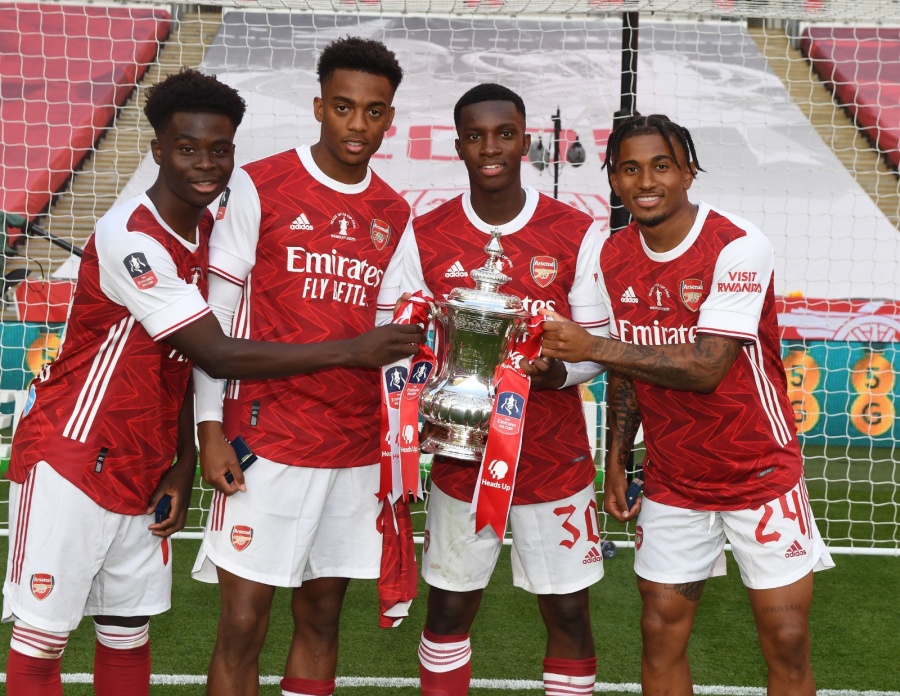 Arsenal won a record-extending 14th FA Cup title after beating Chelsea 2-1 in the final at the Wembley Stadium. Captain Pierre-Emerick Aubameyang scored twice to help them fight back from 1-0 down after Christian Pulisic put Chelsea in the lead in the fifth minute.

Chelsea’s hopes of getting an equaliser were dented when midfielder Mateo Kovacic received a second yellow card in the 73rd minute of the match for a rather soft foul on Granit Xhaka. They ended the match with nine players after Pedro had to be stretchered off due to an injury.

Chelsea, who finished 10 points above Arsenal in the Premier League this season, was dominant in the opening proceedings with Pulisic becoming the first American to score in an FA Cup final.

The lead was cancelled out in the 28th minute with Aubameyang converting a penalty after being fouled by Chelsea captain Cesar Azpilicueta in the box. Azpilicueta eventually had to be taken off just before half time after he pulled his hamstring.

Pulisic suffered the same injury minutes into the second half and had to be substituted. Aubameyang then helped Arsenal take the lead over a deflated Chelsea side in the 67th minute by chipping the ball over goalkeeper Willy Caballero.

Arsenal remain the most successful side in the competition with Manchester United being closest to them with 12 titles. This is the fourth time in seven seasons they have won the FA Cup and this means that they qualify for the Europa League next season.