The following is extracts from a lecture delivered by journalist/author/commentator Mr Ashis Ray  at the London School of Economics. Mr Ray, the senior most journalist of the British-Indian brigade, says he will not be surprised if the erosion in support for the BJP continues in state elections in Punjab and Uttar Pradesh next year 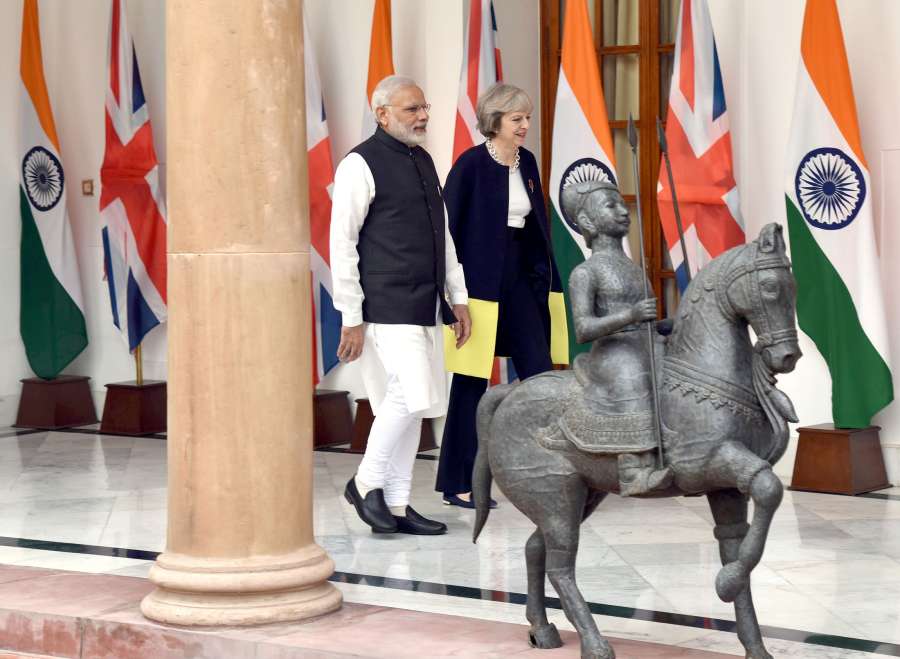 “We can safely infer that after the 2014 General Election, it (the BJP) has lost support in nine of the 11 states that have had state elections. The erosion started as early as 2014, but there has been a sharp drop in results since 2014 – the BJP has lost six out seven state elections in this period.

We can argue the BJP has historically been a non-player in Kerala, Pondicherry, Tamil Nadu and West Bengal. The counter argument would be, if the Modi factor assisted it to win Assam and Haryana for the first time, why did it not help it to make headway in the three southern states and West Bengal?

We can also argue people vote differently in state elections as compared to a General Election. The fact is they did not do so in nine out of the 11 states illustrated.

Besides, it suffered a shock defeat in Delhi; and were outwitted by the mathematical supremacy of a JDU-RJD-Congress combination in Bihar. This formula, if replicated in a broader sense with the Left parties, the DMK and regional parties in Uttar Pradesh, would constitute a formidable alliance. 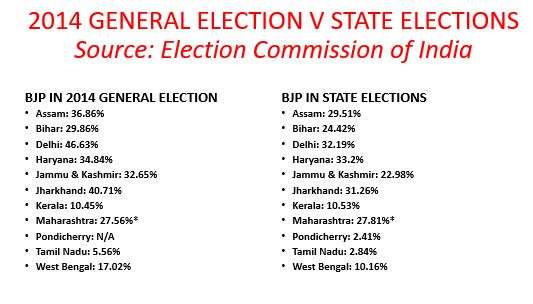 After the narrow victory in the 1967 General Election, the Congress recovered resoundingly in the 1971 General Election. This was because Indira Gandhi’s nationalisation of banks and insurance companies, restrictions on multi-national corporations, termination of privy purses for former princely rulers and a popular slogan of “Garibi Hatao” or “Remove Poverty” struck a chord with the masses.

In contrast, the game-changing economic reforms and foreign policy re-orientation of P V Narasimha Rao did not yield the same results.

I will not be surprised if the erosion in support for the BJP continues in state elections in Punjab and Uttar Pradesh next year. It remains to be seen if such erosion is decisive.

Indeed, I will not be surprised if the BJP’s fortress of Gujarat also takes a bit of a hit in 2018.

The Congress’ problems are organisational and of resources. The major states that decide an Indian General Election are: Uttar Pradesh, Bihar, West Bengal, Madhya Pradesh, Maharashtra, Andhra Pradesh and Tamil Nadu. On its own, the Congress can at best expect a partial comeback in Andhra Pradesh, Madhya Pradesh and Maharashtra. In the other states, it can only hope for beneficial alliances.” 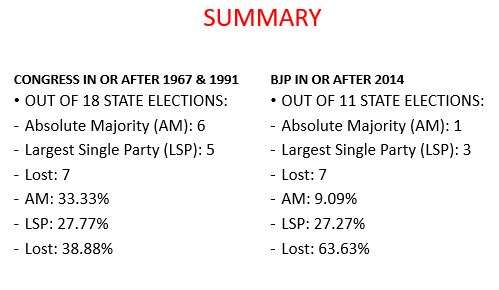