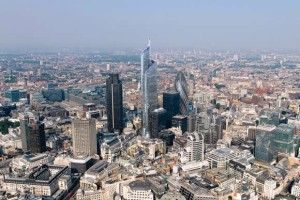 And he told MPs interest rates would rise only in about a year’s time.

Mr Carney also said deflation could emerge during the year, but that inflation was expected to pick up notably towards the end of the year Reports BBC.

Inflation was 0% in March for a second month, well below the Bank’s 2% target.

The figure marks the lowest rate of Consumer Prices Index inflation since estimates of the measure began in 1988.

The Bank’s base rate has been at a record low of 0.5% for more than six years.

Mr Carney blamed falling inflation on a sharp fall in energy prices, lower food prices and strong sterling. He said these factors explained about three-quarters of the fall in inflation.

However, the Bank’s governor said he was relaxed about the low inflation rate and said the factors which had driven it to zero would be “relatively short-lived”.

Meanwhile, Mr Carney warned of “underlying weakness” as the Bank gave a gloomier picture for productivity growth. The Bank revised down its productivity forecast because it sees a disproportionate number of new jobs as low-skilled and low-output.

Productivity growth is now expected to improve only modestly in the coming year before remaining below past average rates.

And Mr Carney warned that “persistent headwinds continued to weigh on the UK economy”, which would mean more gradual increases in interest rates than previously.