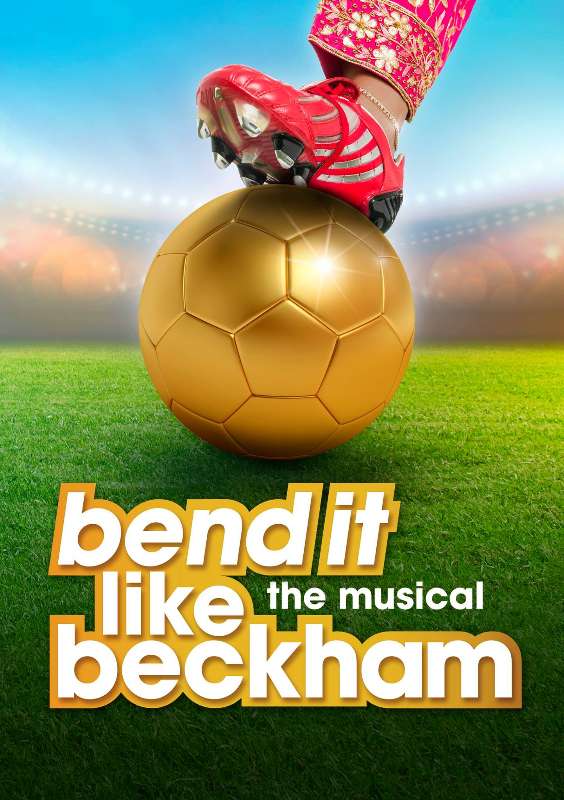 Natalie Dew will play football crazy Jess with Lauren Samuels as Jules, a player with the Harriers, a local women’s football team, and Jamie Campbell Bower as their coach Joe. The three young leads will be supported by some familiar faces, including comedian Ronni Ancona who plays Paula, Jules’s Mum, with Jamal Andréas as Jess’ good friend Tony.

Preeya Kalidas who appeared in the original film as one of the cousins, will take on the role of Pinky, Jess’ sister and Tony Jayawardena and Natasha Jayetileke take on the all important roles of her parents, Mr and Mrs Bhamra.

Jess needs extra time. She is facing the most important decision of her life: live up to family expectations of university, career and marriage, or follow in the footsteps of her hero David Beckham. When the talented teenager is spotted playing football in Southall, a world of unexpected opportunities opens up before her. But as her sister’s traditional Indian wedding approaches, can she keep her family happy and still follow her dreams? Bend It Like Beckham is a joyous new British musical about where we are now. Featuring an original score with a Punjabi kick, it brings a unique cultural fusion of musical theatre to the stage for the first time. This reimagining of the much-loved hit film sees generations, cultures and communities brought together in this joyous and uplifting story about bending the rules and scoring that deciding goal.

Directed by Gurinder Chadha, with original music by Howard Goodall and lyrics by Charles Hart, Bend It Like Beckham has a new book by Paul Mayeda Berges and Gurinder Chadha; choreography and musical staging by Aletta Collins; set design by Miriam Buether; costume design by Katrina Lindsay; lighting design by Neil Austin; sound design by Richard Brooker; musical direction by Nigel Lilley and orchestrations by Howard Goodall and legendary musical maestro Kuljit Bhamra. Bend It Like Beckham is produced in the West End by Sonia Friedman Productions and Deepak Nayar Productions.