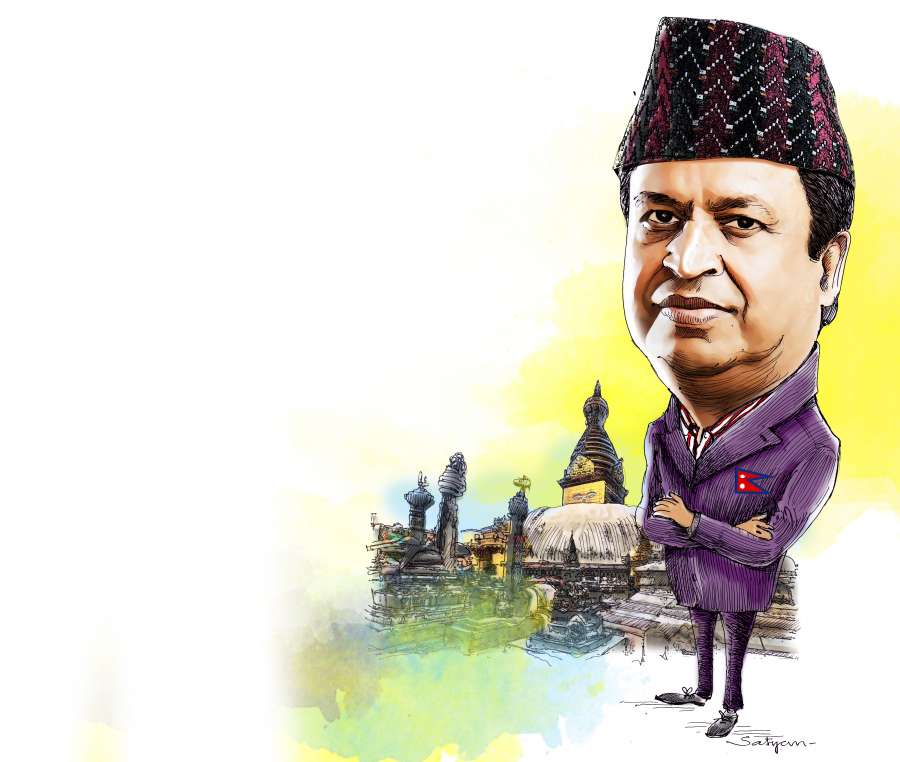 The inspirational journey of a man from humble beginnings to the Forbes billionaire list is a story which needs to be told. Detailing his life story and how he became Nepal’s only billionaire, Dr Binod Chaudhary launched his biography in the UK with Standard Chartered Global Chairman and CEO Bill Winters CBE.

Beginning his entrepreneurial journey with a nightclub called Copper Floor in Kathmandu, today, at 61, he is Nepal’s richest man and the only Forbes billionaire from the Himalayan nation, with a net worth of $1.14 billion. His CG Corp have interests in FMCG, electronics, hotels and even a controlling stake in Nepal’s Nabil Bank.But Dr Chaudhary’s best known enterprise is his brand of instant noodles: Wai Wai, which saw him get the name of Noodle King.

His book Making it Big was launched in the UK at Marlborough House by Mr Winters along with a discussion surrounding Global innovation in investing in Nepal. Known for his philanthropy, he was a panel member at the PWC round table conference on meeting the humanitarian challenge and opening a deeper business contribution in South Asia.

Not many know that Dr Chaudhary was in Chile during the devastating earthquake in 2015 and it was that combined with the Nepal earthquake which prompted him to share his life story. “The first earthquake changed the perspective of my life and the second one changed my life itself and my priorities in life. After the Nepal earthquake, along with my team we worked at the grassroots level to uplift the effected, and sometimes we don’t even realise that a small gesture can transform the lives of so many people. Like the homes, we built, each one costs $700 which is not a big deal, but six people live there and that’s their life.”

Through Making it Big he talks about the different facets of his life and how young entrepreneurs can learn from his journey of innovation and hard work. During the launch, he spoke about his plans in Europe. He said: “We have recently bought a plant in Belgrade, Serbia from where we will start manufacturing our iconic Wai Wai Noodles to Europe, and are looking forward to introducing it to the UK market.”

On the entrepreneurial front through CG Corp, he will be partnering with an Indian and Singapore-based firm to fund start-ups who have innovative business ideas.