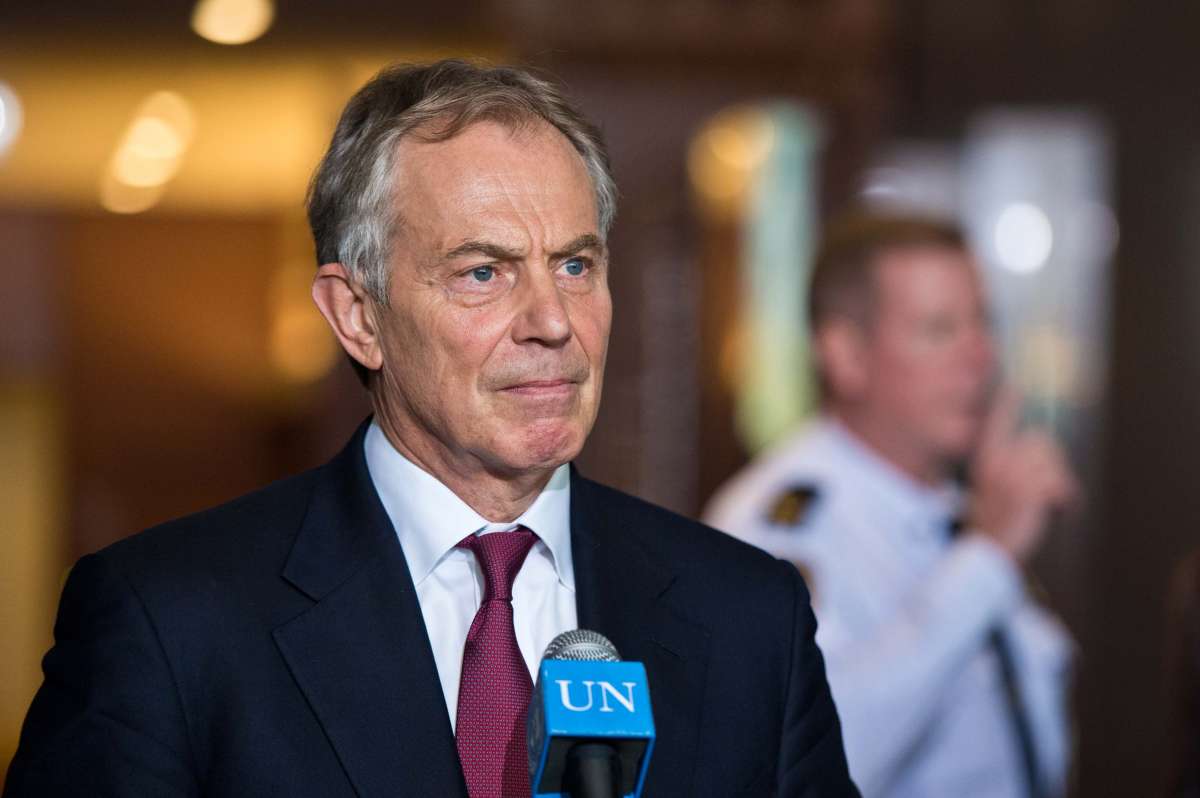 Labour giants Tony Blair and his confidante Peter Mandelson said by ditching the New Labour ideology was a “terrible” mistake of Ed Miliband’s leadership, which produced the party’s worst election result since 1987.
Blair had warned that Labour could recover only if it reoccupied the centre ground of British politics. Mandelson said that Labour needed once again to champion the aspirational classes.
“We were sent off in 2010 on a sort of giant political experiment in which we were sent out and told to wave our fists angrily at the nasty Tories and wait for the public to realise how much they had missed us,” the former business secretary told the Andrew Marr Show on BBC1. “They weren’t missing us. They didn’t miss us. Instead they ripped the stripes off our shoulders.”
Blair had praised Miliband for showing “courage under savage attack” and campaigning brilliantly. But in an Observer article the former prime minister wrote: “The route to the summit lies through the centre ground.”
Mandelson, a veteran from the Labour battles of the 1980s, praised Miliband for showing passion but said that the party lost the election after making a “terrible mistake” in discarding New Labour and failing to revitalise it. The former business secretary, who said that Labour faced a challenge on the scale that Neil Kinnock faced in the late 1980s as he moved on after the challenge from the Militant Tendency, warned that the party could not ignore middle income earners.
“Far from embarking on a short-term beauty contest of leaders what we really need is a very, very thorough debate in the party of the sort that was denied us in 2010,” he said. “We were sent out and told to say things and to make an argument, if you can call it an argument, that said we are for the poor, we hate the rich – ignoring completely the vast swathes of the population who exist in between.”
Mandelson also said Labour must make sure that trade union leaders were not able to abuse the leadership contest as they did in 2010 when they placed large photos of Ed Miliband on ballot papers sent to their members.
The Conservatives won 331 Commons seats on 36.9% of the vote, giving David Cameron an unexpected 15-seat parliamentary majority and a second term as prime minister. Labour won 232 seats on 30.4% of the popular vote, far below polling expectations and the party’s worst defeat since 1987. Frontbenchers Ed Balls, Douglas Alexander and Jim Murphy were among the biggest casualties, while leader Ed Miliband resigned on Friday morning, plunging the party into a prolonged leadership contest.