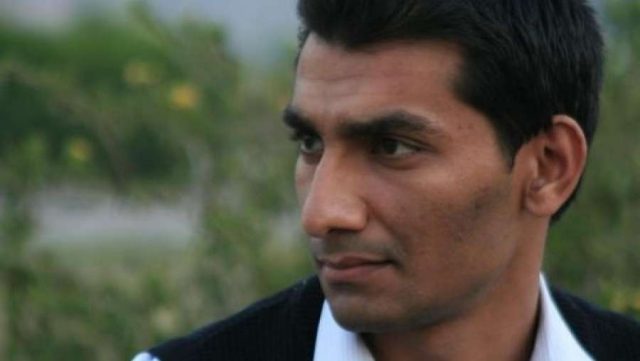 Friends and families of Prof. Junaid Hafeez are seeking the help of international human rights forums to save the life of young professor who is facing death sentence on Pakistan’s draconian blasphemy charges …. Reports Asian Lite News. Hafeez was a visiting lecturer at the Department of English Literature of the Bahauddin Zakariya University (BZU), Multan.  A brilliant student, he topped the examination breaking the university’s 38 year-old record. He won the Fulbright Scholarship and studied American literature at Jackson State University in the US.

Pakistan’s draconian blasphemy law has claimed another bright youth in keeping with a pattern that makes a victim of the accused and denies him/her fair trial and justice. A district and sessions court in Multan on December 21 sentenced Junaid Hafeez, a former university professor, to death on blasphemy charges.

Additional Sessions Judge Kashif Qayyum who sentenced Hafeez to death was the seventh judge hearing the case after six previous ones were transferred. Media reports claim the authorities were apprehensive that they might be fair to Hafeez.

Section 295-C of Pakistan’s penal code, known as the blasphemy law, carries what is effectively a mandatory death sentence. Although there have been no executions to date, at least 18 people are currently on death row, while another 20 are serving life sentences for related offences. Hundreds have been charged under the law. The law is increasingly used to jail and prosecute people for comments made on social media.

Defying all legal tenets that stipulate fair trial and natural justice, the judge awarded a six-month prison sentence and huge monetary fines to the tune of Rupees 600,000 on Hafeez and specified in the short order that the verdicts shall run ‘concurrently’.

In effect, that means Hafeez and his hapless family would have to cough out the fine money even as they prepare for his eventual death.

Defence lawyer who called the verdict ‘unfortunate’ has said he would file an appeal shortly. That allows time but lengthens the family’s pain.

The alleged crime took place in 2013. Hafeez has spent over six years in solitary confinement. The trial started in 2014. 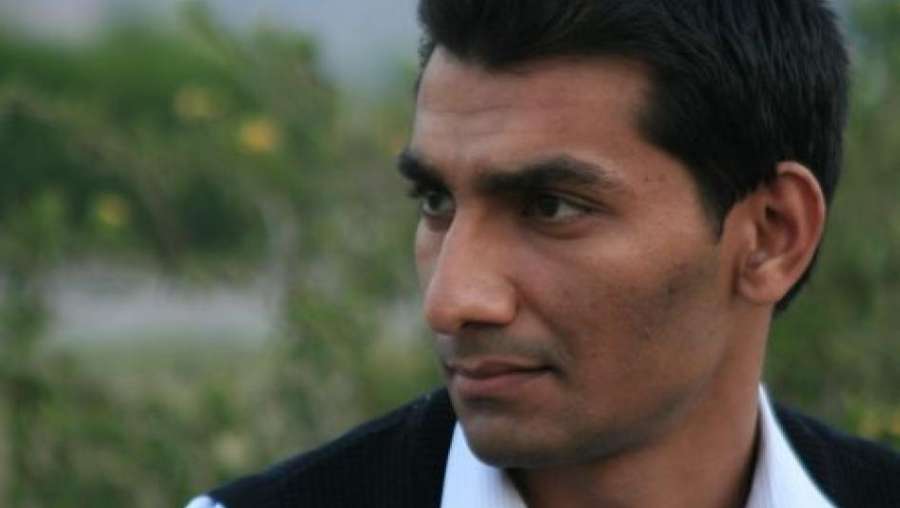 Soon after he took up Hafeez’s case, in May 2014, his lawyer Rashid Rehman was shot dead in his chamber. None has been apprehended to date for this.

With the wave of fear it caused, no lawyer took Hafeez’s case. Rights bodies and locals say lawyers operate as mafia and prevent anyone to defend blasphemy accused.

There were celebrations following Hafeez’s conviction. Athar Bukhari and other prosecution lawyers were garlanded. Sweets were distributed outside the court chamber.

Hafeez was a visiting lecturer at the Department of English Literature of the Bahauddin Zakariya University (BZU), Multan.  A brilliant student, he topped the examination breaking the university’s 38 year-old record. He won the Fulbright Scholarship and studied American literature at Jackson State University in the US.

His problems began when he returned to the same university as a lecturer. According to Amnesty International, Hafeez was charged with blasphemy over alleged Facebook uploads.

The fear factor that operates in any blasphemy case in Pakistan is evident from the fact that over six years, testimonies of only 15 witnesses were recorded. The trial was shifted to the Multan Central Jail in April 2014 by the provincial home department citing security concerns. 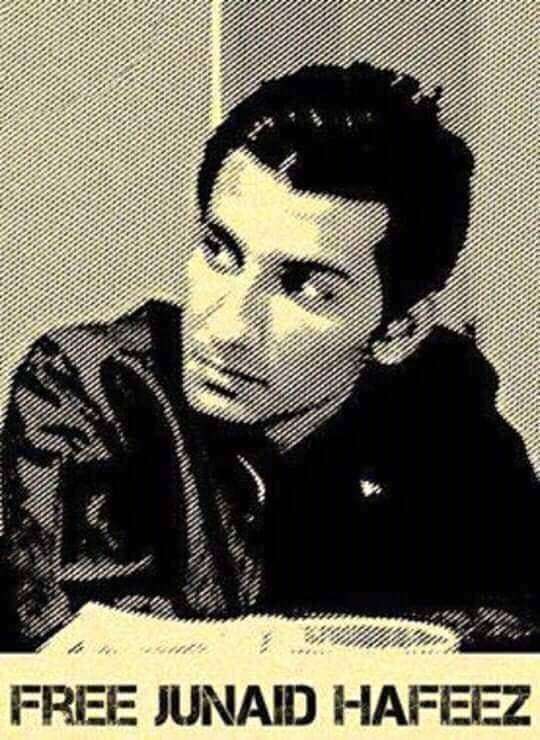 Hafeez’s parents had earlier this year appealed to former Chief Justice Asif Saeed Khosa.  They sought justice for their son, fearing for his mental and physical health. “Due to transfer of many judges, delaying tactics of prosecution witnesses, and difficulties finding adequate legal counsel for the defence because of the sensitive nature of the case, our son continues to await justice in a fabricated case,” they had said in a written appeal. There was no response.

The family and lawyer in a statement have said the verdict has “less to do with the legal merits of the case and more with the socio-political environment in which the lower judiciary operates and for which no one seems to care.” They asked: “Could any judge in such circumstances take the risk of doing justice?”

Hafeez attracted the ire of the conservatives when he organized meetings of women’s rights activists, after due permission from the authorities and his Department chief, Shirin Zubair. She fled the country when Hafeez was charged with blasphemy.

The blasphemy charge came after he invited award-winning TV personality Qaisra Shahraz, as a guest lecturer, after due permission.

The trial was a sham. A prosecution witness who charged Hafeez with writing blasphemous posts in English, when confronted before the court, could neither understand English, nor read the portion that the defence sys was doctored.

Significantly, the Multan Police produced a leaflet and then interpreted its content to attribute blasphemy to Hafeez.

Records about deaths under blasphemy law convictions do not give specific numbers. Any judge or investigator who has sought to be fair has been killed or been transferred. About 40 people are currently on death row for blasphemy – although so far, no executions have been carried out under this British era law strengthened during the Ziaul Haq era.

The law is abused in Pakistan. Even unproven allegations often prompt mob violence. Anyone convicted, or even just accused, of insulting Islam, risks a violent and bloody death at the hands of vigilantes. Minority Hindu and Christians are specially targeted to settle personal scores.

This happened in 2017 to Mashal Khan, a student at the Bacha khan University. In the only relief case in many years, the Supreme Court acquitted Aasia Bibi, a Christian woman earlier awaiting the gallows on blasphemy convictions, after accepting her appeal against her sentence. Critics noted that Pakistan was then wooing the US for funds.

So far, no one has been executed for blasphemy in the country. But vigilantes have had field day. Given this ground reality, there seems little hope for Hafeez.