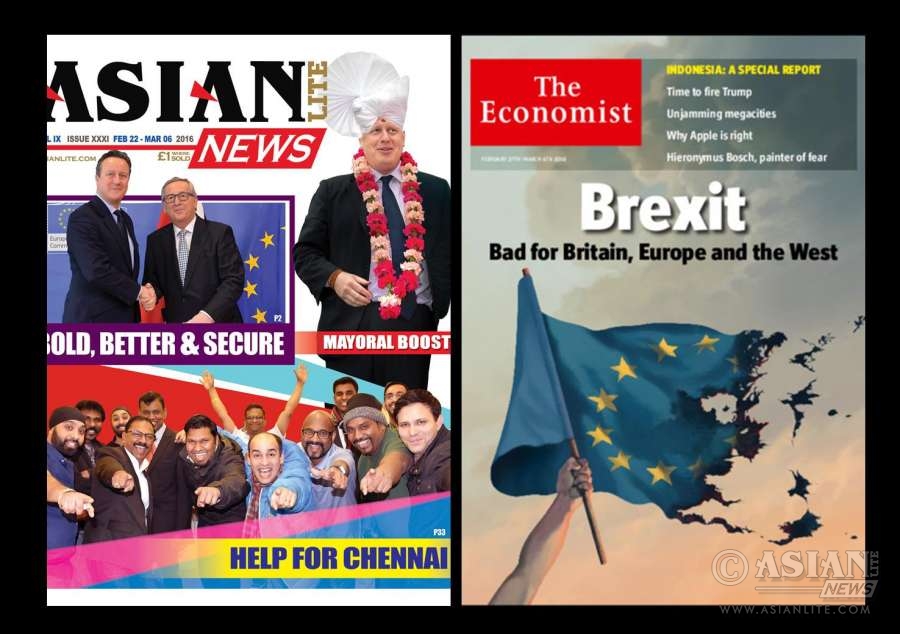 Asian Lite Newsdesk compiles a selection of front pages from Britain’s best national and regional newspapers. The Times carried a report on London Mayor’s new stand on EU. The paper described it as an U-Turn. Te Telegraph also carried a lead news on Boris. The paper said the popular mayor is asking more cabinet colleagues to come out of the shell to support the Brexit campaign. The best story on EU has appeared in The Economist. It says leaving the EU would hurt Britain—and would also deal a terrible blow to the West. The weekly also said the referendum will divide the Tory ranks and files across the country. Other major news storis are Chancellor Osborne’s announcements to bring more cuts on public funding an migrant crisis