UK launches ‘get ready for Brexit’ campaign. Billboards and social media adverts will appear in the coming days and TV adverts will air later this month…. reports Asian Lite News 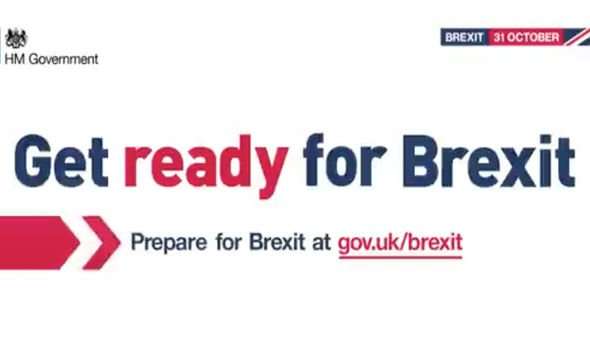 The UK government has launched an information campaign urging the public to “get ready for Brexit”, ahead of the country’s exit of the European Union (EU) on October 31.

The campaign began on Sunday with the launch of a website, gov.uk/brexit, the BBC reported.

Announcing the launch on Sunday, Cabinet Minister Michael Gove, who is in charge of no-deal plans, said the adverts encourage “shared responsibility” for preparing to leave the EU on October 31.

Gove said ensuring the UK left the EU in an orderly manner was “not only a matter of national importance, but a shared responsibility”.

It has been reported that the campaign could cost as much as 100 million pounds as Ministers seek to inform people what they might need to do, if anything, ahead of the deadline.

An image showing one of the campaign’s billboards was issued by the Cabinet Office ahead of their roll out this week.

Leaflets, online seminars, and information stands at events will also be used.

British citizens who are intending to travel to Europe and businesses which export to the EU were among the specific groups targeted by the campaign.

The campaign encourages people and businesses to visit the government website to answer questions and receive advice on preparing for Brexit.