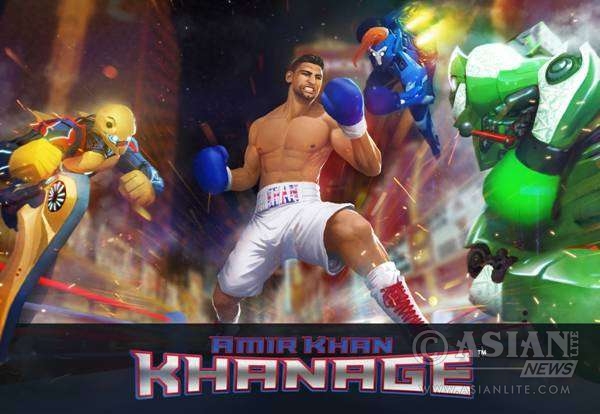 Bolton Wonder Amr Khan, Britain’s most exciting fighter, will dish out the punches in 3D later tomorrow when he releases his official sport arcade game for mobile phones and tablets…reports Asian Lite News 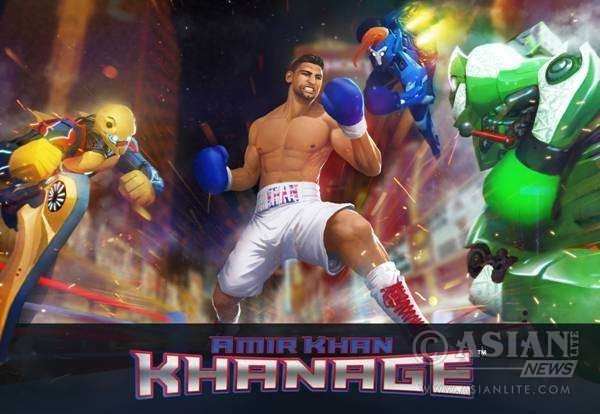 Inspired by the colossal ambition of the fighter himself, the game follows “King” Khan on his quest to be crowned the greatest fighter on the planet. But just as in his own career, where he was ducked by the likes of Floyd Mayweather and Manny Pacquiao, the top fighters in Khanage will do anything to avoid him – even if it means sending out robots to stop him in his tracks.

How this story ends though is down to the fast hands of the players. The game lets you take up the fight as Amir Khan and finger tap your way through legions of killer robots to dethrone the current kings of the sport, Mexican brawler Dan Ello, fiery Filipino Barry Mackyowl and flash American Dollar Bill Jr. The fight capital of the world literally turns into a battlefield as you smash your way through this addictive pressure game under the bright lights of Las Vegas. Then head to Khan’s hometown gym in Bolton to practice his crazy bottle trick for bonus points.

Khan has teamed up with one of the UK’s hottest 3D illustration and animation designers – DIGITAL SHOTGUNS – who have had worked with the likes of Lego and Hasbro. They have rebranded classic titles for games such as Monopoly, Scrabble and Game of Life and have worked on high-profile celebrity based gaming apps such as ‘Instagram-King’ Dan Bilzerian’s upcoming game, and a number of projects they have signed NDA forms for. King Khan is preparing for his highly anticipated fight on 7th May, taking place in Las Vegas against Canelo Alvarez.