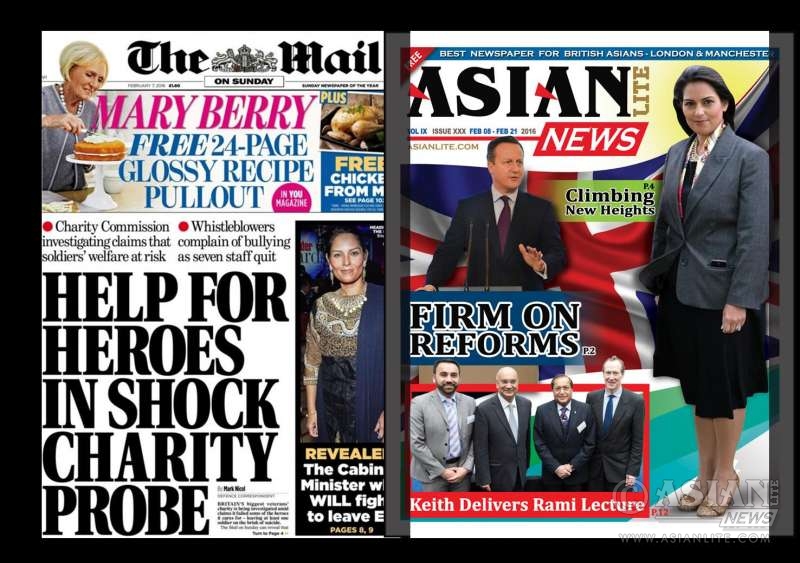 As the battle lines are drawn on EU clashes, the focus is now on the most crucial person in the cabinet who can tilt the balance either way….reports Asian Lite News . Send comments to newsdesk@asianlite.com 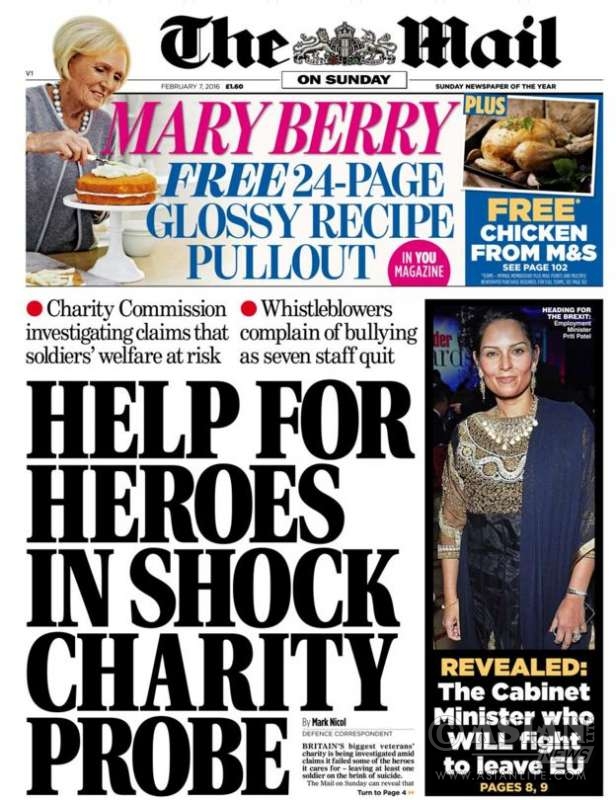 The Mail on Sunday carried a front page picture of Priti with a headline REVEALED: The Cabinet Minister Who Will Fight to Leave EU.

The Sun on Sunday also carried a story on the similar line. The newspaper said Priti will become the poster girl for Brexit as Tory big beasts Theresa May, Boris Johnson and Michael Gove have gone cold on the idea of leading the Leave campaign

Asian Lite approached Priti’s office to get a statement on the Mail and the Sun stories. We received a comment from a source close to the minister saying: The Mail and Sun stories are mere speculations. The PM has made clear that this is a draft deal, and there is more work to do. Priti has always said she would make a judgement once we’ve seen the final deal.

The Mail claims that Ms Patel will make an announcement in the next few days.

The Sun on Sunday says that Cameron has “begged” Justice Secretary Michael Gove not to join the “Leave” campaign.  But in an exclusive interview with Asian Lite last week, Priti said she is supporting Cameron in his fight and the party is united behind him. 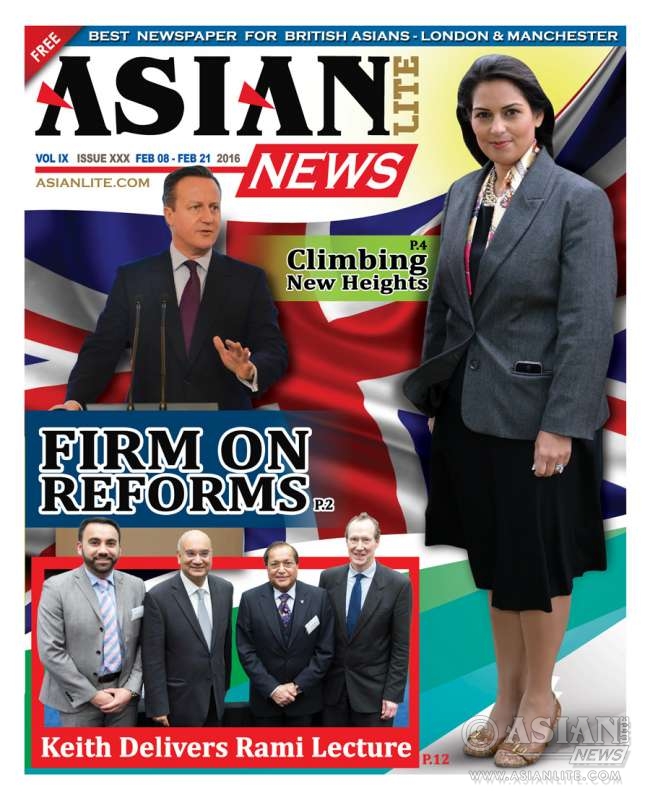 To a question on the brewing dissent in the party over EU and several prominent leaders supporting the OUT campaign, Priti denied any rift in the party.

Priti said: No, absolutely not. Conservative party is the only party and the only government in a generation, which has gone to the people and asked them to have a say on Europe. Whether we are united on this or not, we are committed by our election manifesto for the 2015 general election. So we are the only political party who has given the British public a chance to say whether or not we should stay in or out of the EU by the end of 2017. So we are united.

“We have a prime minister in a generation who has gone to Europe and said, “look Britain’s relationship with Europe is not working anymore and he is fighting for a renegotiation with the European leaders….and we are all one party supporting him on that renegotiation, and when that renegotiation concludes, he will then go to the country and then hold a referendum.”