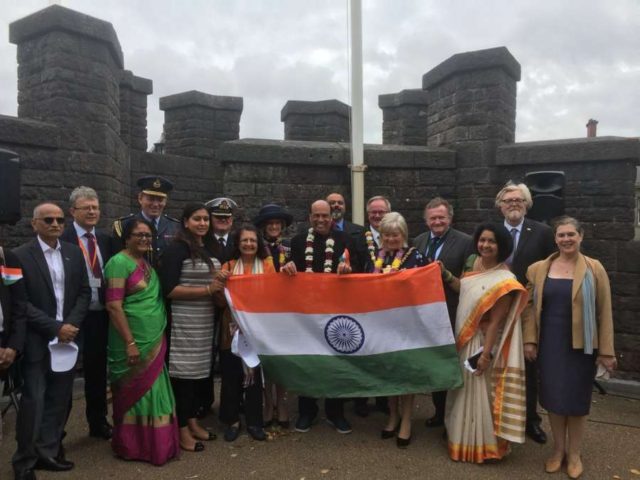 High Commissioner Mr Y. K. Sinha unfurled the national flag and read out the address of Hon’ble President of India to the assembled officers, staff, their families, and eminent community members present for this special event. Former cabinet ministers Sharad Pawar and Praful Patel were present. 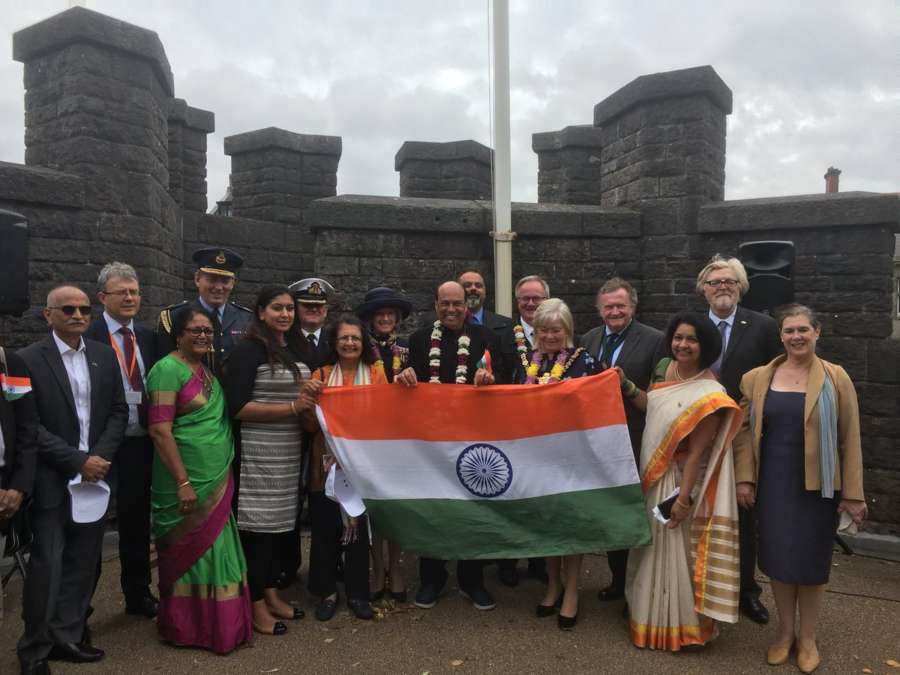 A freedom march was organised in Cardiff .
Hundreds of people attended the parade. Which started near the Mahatma Gandhi statue near the Wales Millennium Centre and finished at Cardiff Castle.

Priti Patel MP, the former Indian Diaspora champion, greeted the Indian communuity on the occasion. In a message she said in the seventy-one years since, as the world has changed around it, India has grown from strength to strength.

“India has emerged as the world’s largest democracy with hundreds of millions voting in elections facilitating peaceful transitions of power,” she added. “The economy has grown and economic reforms have transformed India into a global powerhouse with businesses and investments spanning the world. The country’s culture is distinctive with Bollywood and our cuisine being amongst our greatest exports while our cricketing prowess is famous worldwide. Across India great strides have been made to improve healthcare, education, the environment and infrastructure. The rest of the world looks on with admiration at what India has achieved.

“Anchored in its strong democracy, economic reforms and a vibrant culture, India is taking its place in the world as a leading power. As well as reflecting on the last seventy-one years of independence, today we also look forward to the future.

“India has a bright and prosperous future building on its strengths and as an outward looking nation keen to form new partnerships with the rest of the world. Here in Britain we look forward to strengthening our ties with India and the leading role our Indian Diaspora will play in taking that partnership forward. Today is a great day to celebrate our past and plan for the successful future we should strive for.”