On 12th September 1897, 21 British Indian Army Sepoys (Sikh soldiers) defended the Saragarhi outpost in the hills of the North West Frontier Province, now Pakistan but then part of British India, against 10,000 Afghan tribesmen. Rather than surrender, the soldiers fought to the death for nearly 10 hours with ammunition and bayonets. Although the outpost was lost, the Afghans later admitted to having lost around 180 of their soldiers and many more wounded, demonstrating the expertise of the Sikh soldiers. To honour the selfless commitment and courage of these Sikh warriors they were posthumously awarded the Indian Order of Merit, the highest gallantry award of the time.

This is the third year that the Armed Forces have commemorated the Battle of Saragarhi.  The bravery, skill and loyalty to duty demonstrated in the battle serve as an example to all military personnel today.  The fallen soldiers made Guru Gobind’s selfless cry to fight against injustice – ‘Sawa lakh se ek ladau…’ (I will make one  count against 125,000) a reality. 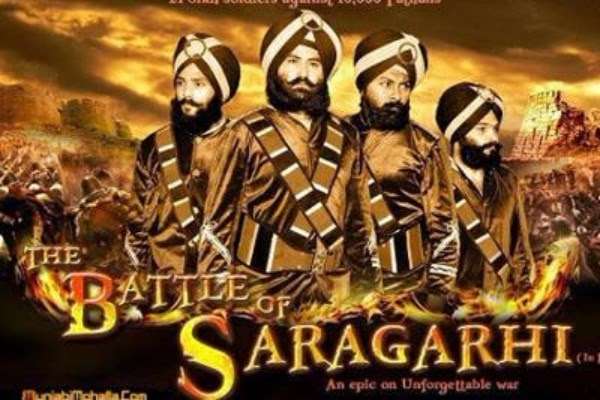 Saragarhi Day, the true spirit of Khalsa never shone so valiantly as in the Battle of Saragarhi. Now soon to be the subject of at least three Bollywood films.

Manish Tiwari, MD of Here & Now 365, who attended the commemoration said:”The Battle of Saragarhi proves that the spirit of Khalsa is the greatest ode to a warrior. Unparalleled in the history of mankind, the valiant fight fought by the Sikhs against injustice and religious persecution, the Khalsa stands for the highest moral ground, to be the saviour of the downtrodden and be a warrior supreme. The values of the British Army – Loyalty, Courage, Integrity, Respect for Others, Discipline and Selfless Service have been honoured by the brave Sikh Warriors and both British and Indian society stand indebted to them.”