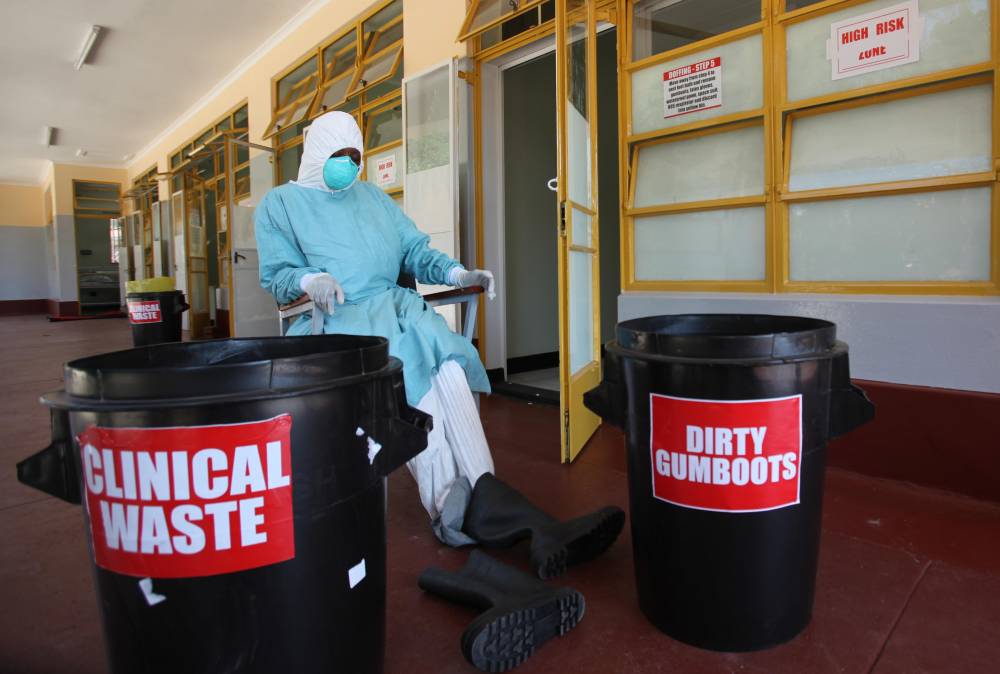 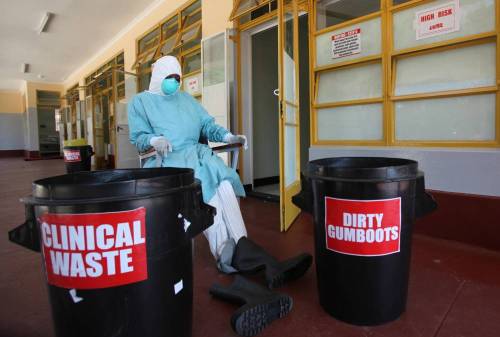 Public Health England said there were no plans for screening passengers at airports and chief medical officer Professor Dame Sally Davies issued a high alert to all NHS staff to be “vigilant”.

The alert, issued yesterday, urged “every clinician in England” to take a full travel history of those who presented with a fever.

“A number of international healthcare workers have recently been diagnosed with Ebola acquired while working on the humanitarian response in West Africa.

“It is unlikely but not impossible that people infected in Sierra Leone, Guinea and Liberia could arrive in the UK while incubating the disease, and then develop symptoms after their return.

“Although the likelihood of imported cases is low, health care providers are reminded to remain vigilant for those who have visited areas affected by viral haemorrhagic fever and who develop unexplained illness. A thorough travel history is of critical importance in order to identify patients who may show early symptoms of Ebola.”

Virologists have been skeptical of the effectiveness of Ebola screening at airports. Professor Ian Jones, a virologist at the University of Reading,said: “Screening people at airports, for example taking temperatures using body scanners, would be a massive cost and the money would be far better spent elsewhere, improving the infrastructure in the countries where it is spreading.

“That is far more likely to stop the disease than the huge spend required to screen people here.”

Ahead of the Cobra meeting, the PM spoke to the president of Sierra Leone Ernest Bai Koroma, who said the situation in his country continues to be “very serious”.

A Number 10 spokesman said last night: “As part of the Government’s ongoing efforts to combat the outbreak of Ebola in West Africa, the Prime Minister will chair this week’s Cobra meeting on Wednesday.

“This is part of an ongoing series of Cobra meetings to co-ordinate the UK response that started in late July and has been in the diary for some time.

“Ahead of the meeting, the Prime Minister called President Koroma of Sierra Leone on Tuesday evening to get the latest on the situation there and the help they need.

“The Prime Minister and President Koroma discussed how the £125 million in UK aid was helping efforts, including support for 700 extra beds in key treatment centres and training for medical staff.