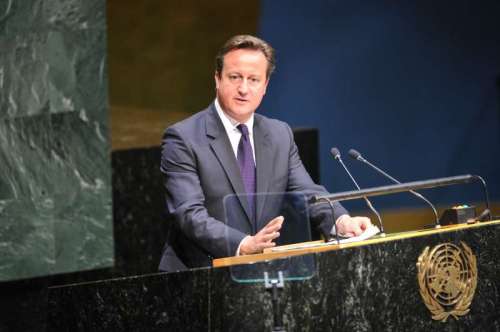 British Prime Minister David Cameron  said that the Islamic State (IS) was a threat to the “streets of Britain” and it was the “duty” of the government to confront the Sunni radical group, media reports said.

Cameron in his address to parliament, which debated Britian’s involvement in the US-led attacks on IS positions in Iraq, said there was a strong case for Britain joining in the airstrikes against the militant group, BBC reported, adding that the prime minister also warned members of parliament that the fight would “take years not months”.

The British parliament is due to vote on the country’s involvement in the US-led attacks on IS positions in Iraq at about 5 p.m.

The Conservatives, Liberal Democrats and Labour all back the action, which the coalition says is legal because it was requested by the Iraqi government.

The IS has seized large parts of Iraq and Syria in recent months. The group has used tactics that have included beheadings of soldiers, Western journalists and aid workers.