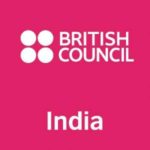 “I am happy to share with all of you that British Council and Govt of West Bengal are going to sign a MoU to promote cultural, educational and skill development exchanges between Britain and Bengal,” she said in aFacebook post.

Among the salient features under the MoU are celebration of Durga Puja in Britain during Thames Festival, hosting of a River Festival in Kolkata similar to the Thames Festival in Britain, exchanging visitors between Britain and Bengal for cultural exchanges, collaboration on skill development, communication in English and overall enhancement of employability of youth.

Banerjee also said she had raised these issues during her visit to Britain, after which Baroness Usha Prashar, Member of the House of Lords and Global Deputy Chairperson of British Council had come to Kolkata to take the initiative forward.