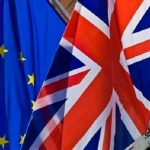 The economy grew at 0.6 per cent in the third quarter compared with second quarter figures, according to the Office of National Statistics (ONS) in its final revision for the data.

Services and construction sectors continued to show stronger growth while manufacturing output fell in the first two quarters of the year but rose in the latest quarter.

“The improved third quarter growth performance was primarily due to strong activity in July when the heatwave buoyed consumer spending along with the World Cup. There was also likely an ongoing catch-up of activity lost to the extreme cold weather in the first quarter. Certainly, this helped the construction sector,” Howard Archer, chief economic adviser with EY ITEM Club, a financial data analysis firm, said.

However, business investment continued to decline in the third quarter due to Brexit uncertainty, which suggests businesses were cautious over investment as doubts mounted over whether a Brexit transition arrangement would come into being next March and companies looked for greater clarity over the UK’s likely long-term relationship with the EU, Archer said.

The third quarter high growth was unusual, as the British economy last registered a quarterly 0.6 per cent or above growth rate in the final quarters of 2015 and 2016. But this unusually high growth is not expected to be seen in the fourth quarter this year.

Archer said: “Growth in the fourth quarter is expected to be limited by relatively weak consumer spending amid fragile confidence and still limited purchasing power, while business investment is expected to be curbed by heightened Brexit uncertainties.”