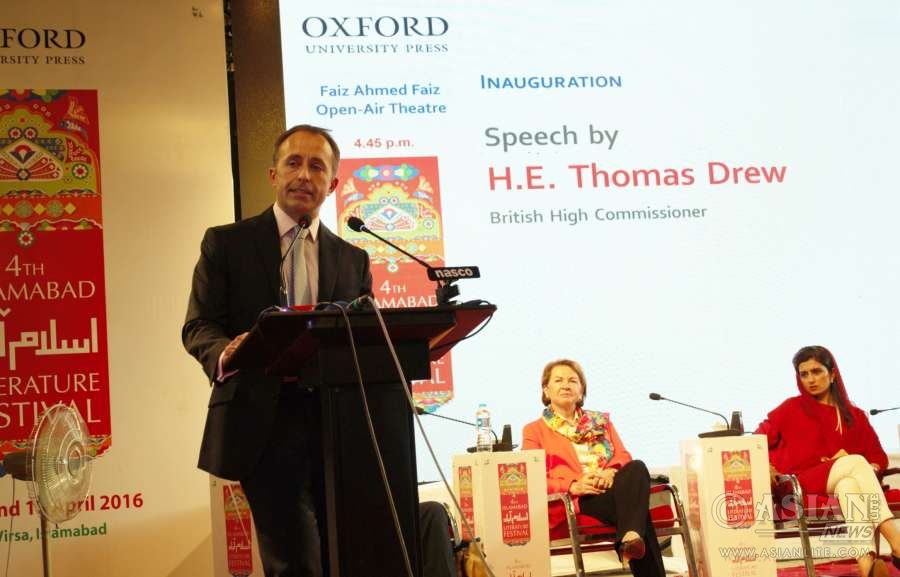 The British High Commissioner to Pakistan, Thomas Drew CMG attended the Islamabad Literature Festival at Lok Virsa, Islamabad. He even made an enlightening speech on the occasion. . . . reports Asian Lite News

The British High Commissioner described the event as a celebration of literature, arts and culture. He went on to acknowledge the special place literature has in the psyche of the people. He regarded very highly of the National poet Allama Iqbal. He even touched upon the fact that this year marks the 400th year of William Shakespeare.

According to the British HC, “As British High Commissioner, I should also mention the many joint British and Pakistani authors or British authors of Pakistani descent – from Tariq Ali and Mohsin Hamid to Qaisra Shahraz.  Qaisra too will also be appearing at the Festival.  They are making a mark in both of our countries.”

The Islamabad Literature Festival is in its fourth year. The other speakers for the event include names like Quaisra Shahraz and Anatol Lieven.