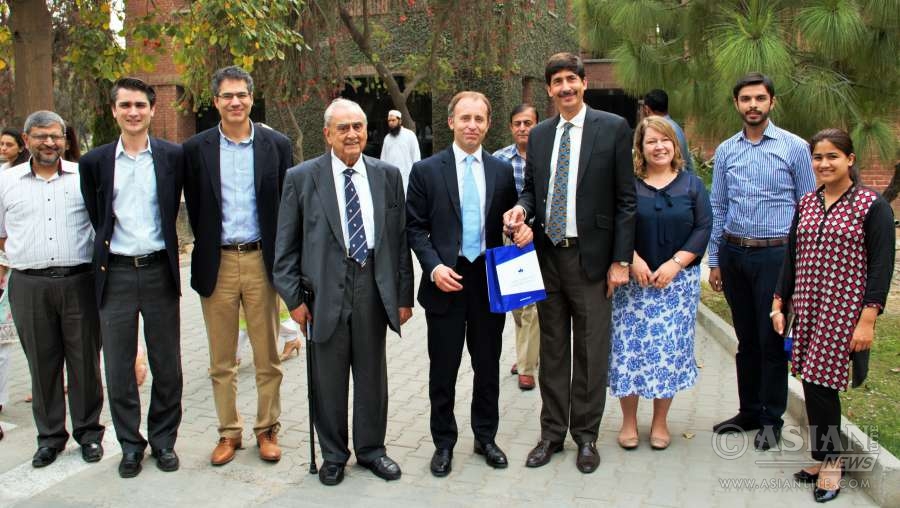 The British High Commissioner, Mr. Thomas Drew CMG visited Lahore, in his first ever official tour of the city after being appointed High Commissioner. The visit strengthened ties between both the countries and led to a series of talks between leaders from both sides.

Mr. Drew focussed on UK’s commitment towards the province of Punjab. With political and economic exchange, there was also a lot of cultural exchange during this visit. The High Commissioner discussed various aspects about Punjab and gained more knowledge on the province and the problems faced by it. He also extended his heartfelt condolences to Lahore and showed solidarity towards the recent terror attacks in the Gulshan –e- Iqbal Park.

According to him,“The UK stands shoulder to shoulder with Pakistan in tackling terrorism.  As Prime Minister David Cameron said in his message of condolence to Prime Minister Nawaz Sharif, our thoughts are with the victims and their families. We will continue to provide support and assistance to the Government of Pakistan as it works to defeat those who plan and carry out these acts of terror.”

Mr. Drew met many leading dignitaries of Pakistan and discussed culture, economics and developmental agendas. He paid a visit to the Lahore University of Management Science where he was received by the chairperson and the student representatives. He then proceeded to the Pakistan Cricket Board discussing with the chairman about the game and the team’s upcoming UK tour.

He paid a visit to the Kashf Foundation which is an incubation centre for women. It makes women self- sufficient and reliable on their own skills to financially benefit themselves.