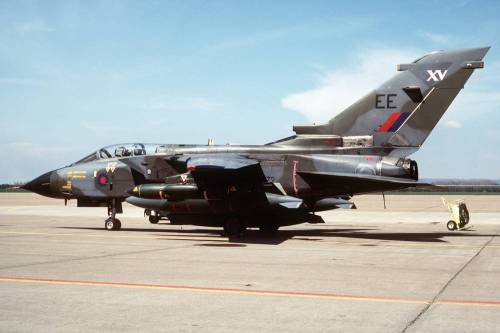 Two British Tornado fighter-bombers returned to base in Cyprus after their first combat mission over Iraq since the parliament authorised military action against the Islamic State (IS).

According to eyewitnesses, the planes took off early Saturday morning and returned late evening, Xinhua reported.

The British defence ministry said in a statement in that the planes did not make any strikes but gathered intelligence using their sophisticated surveillance equipment which will be useful for future action.

Britain, which ruled Cyprus as a colonial power until independence in 1960, sent six Tornado fighter-bombers in August to its air bases on the island.

Akroriti is the more important of the two bases Britain retained on Cyprus. The bases are being used both for military action and for intelligence gathering through an extensive monitoring network.

Akrotiri air base was used before in military action in Libya, in support of forces which overthrew the regime of Muammar Gaddafi.