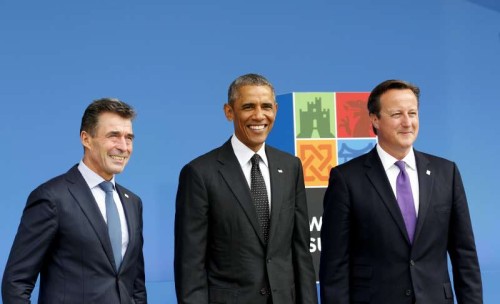 Britain’s House of Commons Friday voted in favour of a government motion on military action in Iraq against Sunni radical group Islamic State (IS) after nearly seven hours of intense debate.

British Prime Minister David Cameron demanded a recall of parliament to debate on British involvement in US-led airstrikes in Iraq after the Iraqi government asked Britain to help fight the IS, also known as ISIL.

In his address to parliament, he said IS posed a threat to the “streets of Britain” and Britain had a “duty” to confront it militarily.

The prime minister said there was a strong case for Britain joining in the airstrikes against the militant group, according to a BBC report, which added that Cameron also warned members of parliament that the fight would “take years, not months”.

On Tuesday, Cameron supported the latest airstrikes against IS carried out by the US and five other countries from the Gulf and Middle East. Britain is already offering military support, including supplying arms to the Kurds and providing surveillance operations by a squadron of Tornadoes and other Royal Air Force aircraft, according to Downing Street.