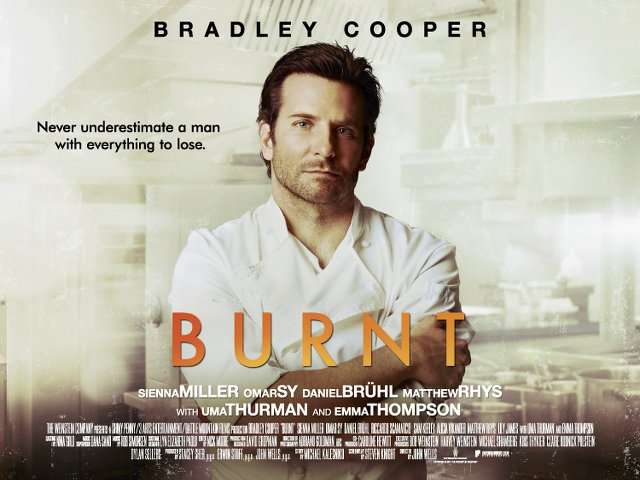 Conceited and contrived. That’s “Burnt” in a nutshell. It is the tale of an eccentric chef who tries to find a balance in his life.

Conceited because Adam Jones (Bradley Cooper), the self-destructive, two-star Michelin chef who is back in London from Paris, is so full of himself. His psychoanalyst reiterates this and he reconfirms during one of his conversations, “My kitchen will be the best in the world”.

Contrived because of the paradoxes that surround him. He is ambitious but not disciplined to lead. Aiming for three stars, for him “Good means nothing”. His idiosyncrasies lead him to perfection, but are also the cause of his downfall.

He expects his subordinates to be disciplined, but he himself wavers and falters. Also, while shortlisting chefs for his London restaurant, “Adam Jones in Langham”, he asks, “Did you see the movie ‘Seven Samurai’? That’s how I want my chefs to be’. This indirectly is also an allusion of how the plot will progress.

The narration at this point actually runs like the film “Seven Samurai”, with Adam assembling a team of old buddies. He actually picks up one from the prison in order to strong-arm an old acquaintance Tony (Daniel Brühl) into letting him take over the Langham Hotel’s restaurant and redo it from scratch. Like any assemble film needs a rookie, here we have Helene (Sienna Miller), a talent scouted by Adam out of an Italian restaurant. She is also his love interest in the film.

The script, written by Steven Knight and Michael Kalesniko, follows a decently structured story of personal demons and culinary expertise, with a few smooth twists thrown in. But it lacks an emotional pull.

The screenplay is padded up with oft-seen images and scenes in films of this genre, making this film bland. Endless close-ups of artisanal plates of food fussily prepared, frenetic kitchen scenes in which orders are shouted and pans sizzle. And, of course, frequent dish-smashing tantrums and tirades by the master chefs.

Bradley Cooper as the grumpy and abusive chef at the helm who sweats and swears, offers a glamour quotient to the film but his character lacks the chutzpah of a hero and that is why he fails to impress.

He is ably supported by; Daniel as Tony, his old acquaintance who loves him and now owns a restaurant, and Sienna Miller as Helene a single mother and chef, who is also his love angle. They definitely impress. Unfortunately, ace actors like Uma Thurman, Alicia Vikander and Emma Thompson are wasted in miniscule roles.

Overall, “Burnt” is a bland film which neither teases your palate nor stirs you emotionally.