Bill to stop no-deal Brexit set to pass Lords today. The bill, signed by a cross-party group of opposition lawmakers, has already cleared the House of Commons by 327 votes to 299 in what was a bruising defeat for UK’s new Prime Minister Boris Johnson. It is now in the House of Lords. 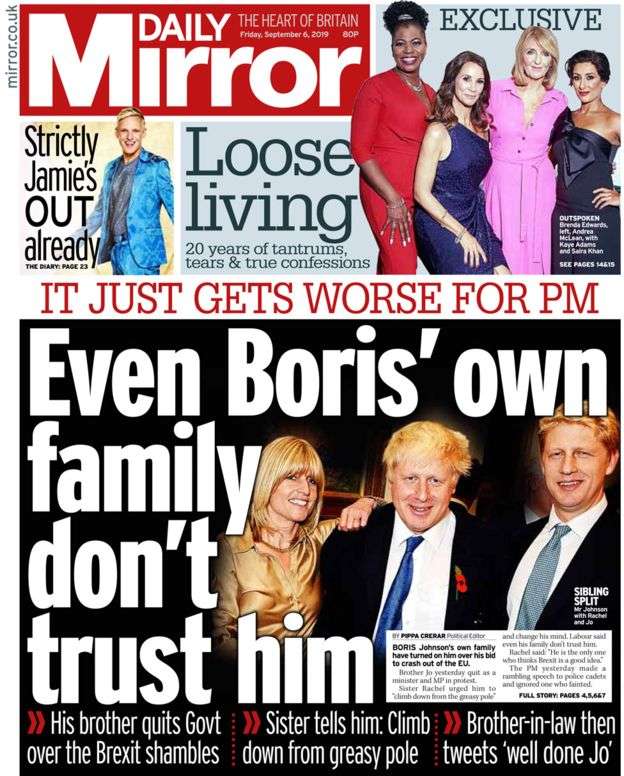 A bill designed to rule out the possibility of a no-deal Brexit — if the UK government fails to secure a deal with the EU — is set to complete its passage through the House of Lords on Friday.

The bill, signed by a cross-party group of opposition lawmakers, has already cleared the House of Commons by 327 votes to 299 in what was a bruising defeat for UK’s new Prime Minister Boris Johnson. It is now in the House of Lords.

Some opposition politicians feared that marathon filibustering by pro-government peers in the House of Lords, the upper house, could stall the bill’s progress but Lord Ashton of Hyde, a conservative peer, seemed to put those concerns to rest.

“We have agreed that the current business of the House will be adjourned today and a new motion will be tabled tomorrow to allow the bill to complete all stages in this House by 5 p.m. on Friday 6 September,” he said.

Peers landed an agreement in the early hours of Thursday, having debated the matter through the night.

The move means the bill, which was presented by Labour MP Hilary Benn and requires the government to seek a Brexit extension if it fails to secure its desired alterations to the existing withdrawal bill, should be signed into law by Monday, just before the prorogation of Parliament, Efe news reported.

Johnson’s decision to prorogue Parliament for five weeks ahead of Brexit united opposition forces in the lower house and caused rifts in his own party.

The government slated a Queen’s Speech, which sets out its legislative agenda for the year to come, on October 14.

Currently, the UK is due to leave the bloc on October 31, with or without a deal.

The House of Commons witnessed a tumultuous day of debate on Wednesday. 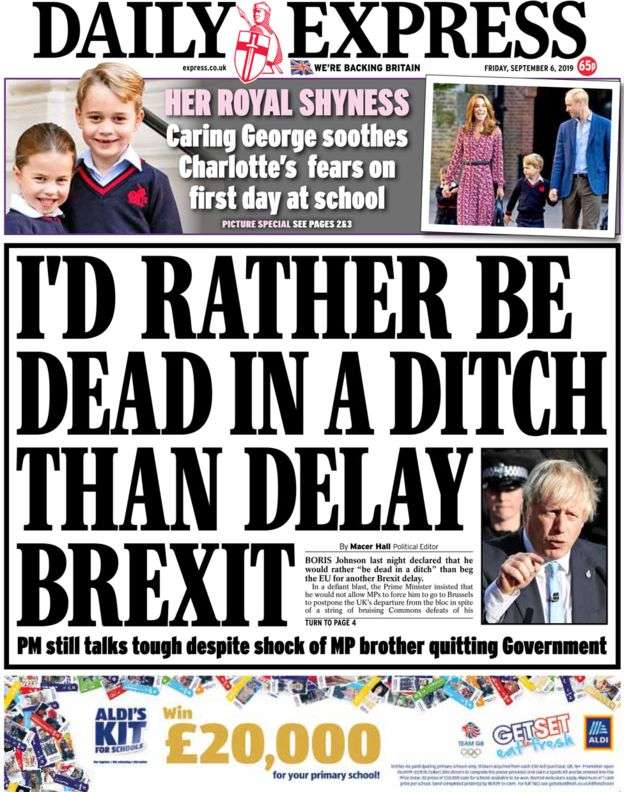 Johnson was defeated on two major fronts, firstly by the bill to rule out a no-deal Brexit and then again when MPs shot down his bid to slate snap elections on October 15. He garnered just 298 votes in favour, well short of the two-thirds majority required.

The opposition has effectively taken control of the parliamentary agenda. The opposition Labour Party led by Jeremy Corbyn has said that it would accept a snap election, but not on Johnson’s terms.

Johnson, who recently took over from Theresa May as party leader after his predecessor failed to get passed the Brexit withdrawal bill, argued that removing the option of a no-deal Brexit weakened his negotiating stance with the EU.

He no longer has a working majority in the Commons and would attend an European Council meeting on October 17-18.

“Corbyn’s Surrender Bill would mean years of uncertainty and delay. I am determined to lead this country forward and take Britain out of the EU on October 31st,” Johnson tweeted on Thursday.