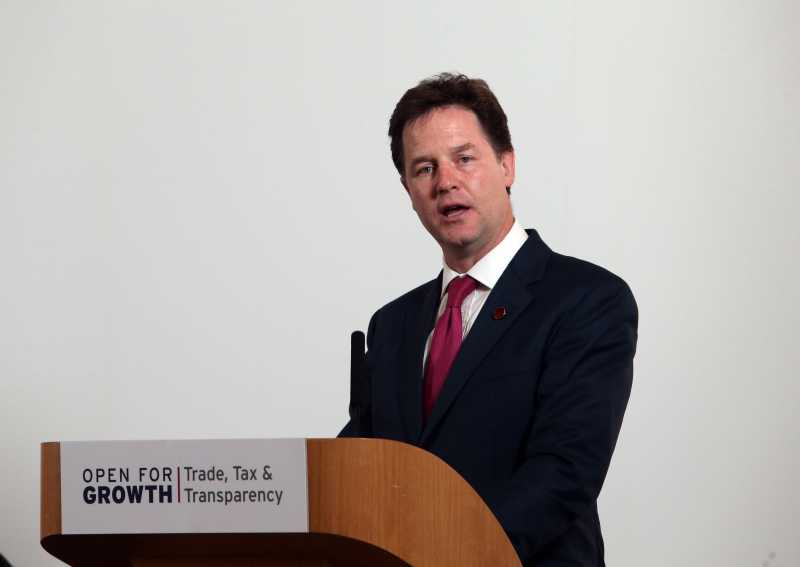 “Russia should be stripped of the right to host the 2018 World Cup following the shooting down of a Malaysia Airlines jet by Moscow-backed rebels,” said British Deputy Prime Minister Nick Clegg, The Sunday Times reported.

Clegg  said it would be “unthinkable” for Putin to enjoy the prestige of hosting the global football tournament and called for “tougher sanctions” on Moscow. He said the Russian president’s behaviour had “reached a tipping point” and was “beyond the pale in this day and age”. He warned that failure to “pull the plug on the World Cup” would “make the rest of the world look so weak and so insincere”. “After this terrible, terrible downing of that jet, it is essential that the European Union gets tough on Vladimir Putin,” said Clegg.

“We’ve got to take tougher sanctions, but also we’ve got to make it quite clear that he cannot expect to get the privileges of being at the top table of world affairs if he’s not prepared to play by the basic rules of world affairs. If he carries on with this belligerent behaviour . . . it’s unthinkable that he should have the privilege of hosting the World Cup in 2018. You can’t have the beautiful game marred by the ugly aggression of Russia on the Russian-Ukrainian border.”

Clegg said there was a case for England to step in and host the tournament. “We’ve got the stadiums, we’ve got the infrastructure, and we’ve got the public backing and enthusiasm to host it. But that’s a decision for other people.”

Clegg’s stance puts him at odds with Cameron, who has stopped short of calling for the World Cup to be taken from Russia.

Clegg said the Russians should also forfeit the right to host their first Formula One grand prix in October, a move the sport’s ringmaster, Bernie Ecclestone, has rejected.

EU ambassadors are expected to ban Russian banks from accessing EU capital markets and prohibit the sale of arms and sensitive energy technologies to Russia on Tuesday. Further Putin “cronies” are also likely to be hit with sanctions.

Clegg did not rule out targeting London-based oligarchs such as Roman Abramovich, the owner of Chelsea football club, and Alisher Usmanov, who has a large stake in Arsenal. He said: “We’re looking at all options and we’ll do so without fear or favour.”

He said western countries should be prepared to take an economic hit to punish Putin because “the stability of the European continent” was more important than “short-term political damage to this economy or that sector”.

Clegg added: “We cannot impose sanctions on Vladimir Putin and imagine there’s going to be no economic effect in this country or indeed other European Union member states.

“What is the point of the economic clout that we have assembled in the European Union, as the world’s largest market place, if we don’t use it on occasions like this?”

Clegg said it was “wholly inappropriate” for France to proceed with the sale of Mistral warships to Moscow.

His call for Russia to be stripped of the World Cup was echoed by Lord Triesman, the former chairman of the Football Association, who was part of England’s bid for the 2018 tournament.

He said: “The World Cup is a huge, huge boost to Russia. It is an enormous advantage to Putin personally.

“When you look at the way he milked the Winter Olympics for all it was worth, there’s no question he sees it for himself and for his prestige as a huge gain.

“The idea that the world should accord Russia that prestige is beyond belief. I don’t know how many people have got to be shot out of the skies before people say enough is enough.”