British Prime Minister David Cameron and his wife celebrated Diwali at a special event hosted by the ruling Conservative party.

The event opened with the lighting of the lamp by the prime minister and his wife Samantha, cladded in a royal blue sari.

“This encyclopedia is a great contribution to humanity,” Cameron said. “I love this saying of ‘Let all the noble thoughts come from all directions’. I am going to use this.”

The encyclopedia has been published by the India Heritage Research Foundation, founded and chaired by Swami Chidanand Saraswati.
“The Indian culture is an inclusive culture, not an exclusive culture. We are a culture that embraces all, excludes none. Our scriptures remind us, ‘Vasudhaiv Kutumbakam’, the world is one family,” he said. 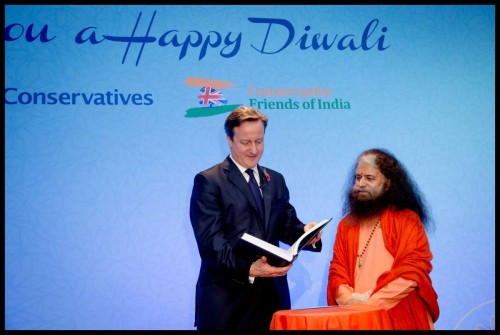 Sadhvi Bhagawati Saraswati, managing editor of the ‘Encyclopedia of Hinduism’ and President of Divine Shakti Foundation, added: “Nowhere in the Hindu scriptures does one even find the word Hindu – the term used to describe these ancient yet timeless teachings is Sanatan Dharma – or eternal way of life.”

Chairman of the Conservative Party, Lord Andrew Feldman highlighted the shared values between India and Britain. 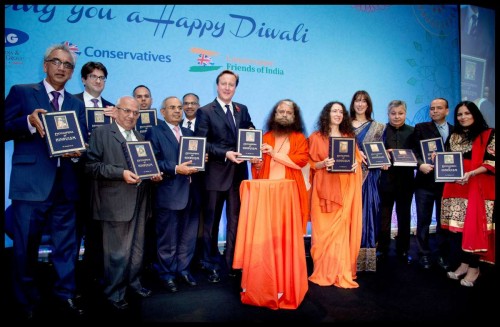