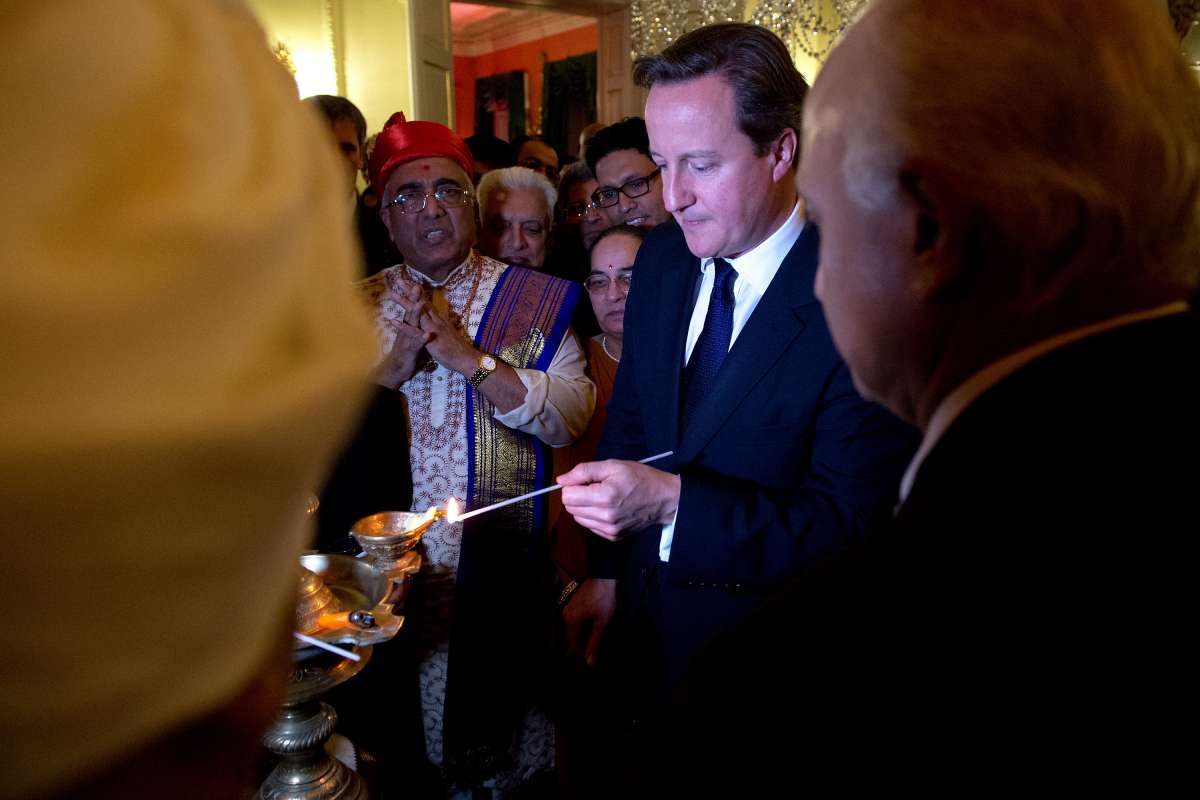 Prominent figures from the Indian community in Britain celebrated Diwali with Prime Minister David Cameron and his UK-India Diaspora Champion Priti Patel at Ten Downing Street . The reception was held in advance of Diwali and celebrated the contribution the Indian Diaspora makes to the UK and the strong links between the UK and India.

The prime minister praised British-Indians for their contribution to Britain.
“First of all it is the contribution that British Hindus and Jains make to our country, over 800,000 British Hindus, perhaps 20,000 Jains. And when I look around, whether it is politics, whether it’s business, whether it’s arts, the sports in our country, you can see the scale of the contribution,” the prime minister said.
“I think perhaps above all what we should think about during this festival of Diwali is the importance of values, because to me that is more than anything else what the British Indian community bring to our country: that belief in family, that belief in community, the belief in enterprise, the belief in serving others above yourself.  I think it’s very fitting that in the next few months we will be unveiling in Parliament Square a statue to a great Indian, Mahatma Gandhi.  And he made that brilliant statement that so many politicians have borrowed, but I think to good use, which is when he said, ‘If you want to find yourself, so often the best way to do so is to lose yourself in the service of others,’ one of the many, many wise things that Gandhi said.”

Priti Patel said:  “Diwali is a great celebration, which shows how hope triumphs over despair, light over darkness and good over evil. It was fantastic to see so many leading figures in the Indian community coming together with the Prime Minister David Cameron to reflect on the importance of Diwali and what we can learn from the festival. As Diwali marks the start of a new year, we can look back on a year where UK-Indian relations have grown closer and more successes for the Indian Diaspora.”

“The reception at Number Ten reinforces the proactive way the Government is engaging with the Indian Diaspora in this country. Diwali is now a festival which transcends religion and culture and is celebrated by many across Britain.”