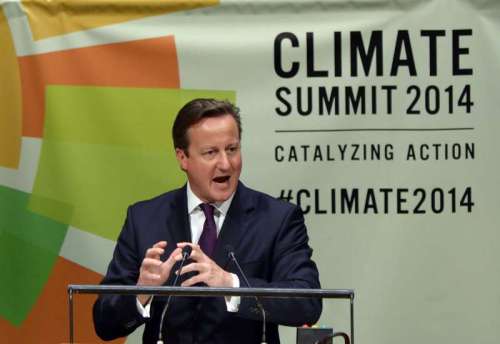 Cameron and Rouhani held the meeting at the office of the British Mission to the UN, a few blocks from the UN headquarters in downtown New York, Xinhua reported.

The meeting took place on the sidelines of the annual high- level debate of the UN General Assembly, which kicked off here Wednesday morning.

Cameron is due to speak at the high-level UN debate, known as the General Debate, Wednesday afternoon, while Rouhani is expected to take the floor Thursday morning.

Cameron-Rouhani meeting came over one day after the US and its Arab allies launched the first air and sea strikes against Islamic State militants in Syria.

The Wednesday meeting, seen as a significant thaw in diplomatic relations between the two countries, is designed to explore the support the Iranians can give to the fight against Islamic State (IS) .