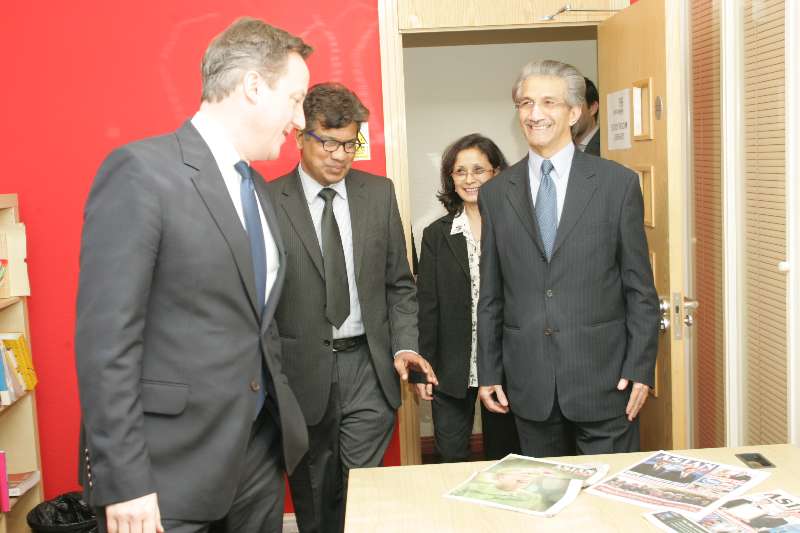 The prime minister told Asian Lite newspaper that the new government will boost the economy to new heights through a meticulous strategy.

“We are creating the fastest growing economy in the West,” the prime minister said. “We are sure the British electorate will help us to complete the job we started. We are not targeting big figures of economy growth or job growth but a stable economy which can create jobs for everyone who wants to work.”

The prime minister said his government has taken several measures to reduce the deficit besides several schemes and projects  to ease housing crisis, cutting taxes to help the hardworking families, more schools and support for the elderly.

“We want to turn our economic plan into a plan for everybody,” the prime mister said. “We are on the right track and we will stick to our plan to achieve the targets.”

Cameron said the government will create more economic ties with Asian giants like India and China.

“India is one of the rising powers of the world, we should really try to work together,” the prime minister said.  “Relationship with India is much stronger now. India invests more into Britain than anywhere in Europe and there is a rise of £5 billion since I became the prime minister. Britain is the Number 1 European investor into India and I am sure we can do better in trade.”

“The new government will cement and create more economic ties with India especially in the fields of infrastructure, smart cities, corridors for enterprising economic development,” Cameron said. “Britain and India also should work towards a common foreign policy to challenges of our time like terrorism and climate change.”

“I hope it wouldn’t be too long,” he added. “I think the next stage would be very exciting.”

The prime minister justified the decision to install a statue of Father of India Mahatma Gandhi at Parliament Square along with Winston Churchill and Nelosn Mandela.

“Lots of reasons for the Gandhi statue to be installed at the British Parliament,” Cameron said. “One is the importance of Gandhi to Indian history and the importance of Gandhi’s teachings of non-violence and peaceful protests. I always remember Gandhi’s message to journalists:  ‘If you to find yourself, you should lose yourself in the service of others and you should be the change that you want to see in the world’.

The prime minister said through the initiative Britain is cementing his historical connection with India.

“A statue of Mahatma Gandhi standing alongside Churchill and Mandela at Parliament Square is highly appropriate and I am highly delighted that we have have done this relatively quickly as sometimes the statues take a long time to be commissioned,” Cameron added.

The British prime minister said the teachings of Gandhi are relevant to anyone who wants to try to build a bigger and stronger society alongside a prosperous economy.

The prime minister also lauded the contribution of British-Asians to the socio-economic sectors pf the country.

“Looking at Britain’s history, Asian community plays an absolutely key part in Britain’s economy,” the prime minister said. “It is going to be that SMEs are going to create more jobs in future. People like Dr Rami Ranger are role models for the younger generation to emulate. His story is extra ordinary. An educated young-man coming to England with lots of principles and ambitions but nothing in the pocket. He became a successful businessman winning five Queens Award for Enterprise. He is serving the community long with his family. His daughter is a local councillor. I believe our country is an opportunity democracy where you can be successful from nothing to something. We unveiled several business schemes the BME communities are one of the best beneficiaries. 25 per cent of the start up loans have gone to the BME communities, shows entrepreneurship in this community.”