The Government has launched a new campaign to increase awareness and tackle forced marriage ahead of the summer holidays – a time when young women and men may be most at risk of being taken abroad and forced into a marriage. 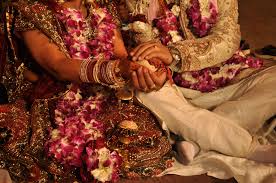 The Forced Marriage Unit (FMU), which is jointly run by the Home Office and the Foreign and Commonwealth Office, has called on victims, family members, friends and professionals to be vigilant and seek help if they believe a forced marriage is being planned, or concerned about someone they know.

Minister for Vulnerability, Safeguarding and Countering Extremism Sarah Newton said, “We have heard of many cases in which teenagers being taken abroad over the summer think they are going on holiday, but when they arrive at their destination they face the terrible realisation that they are being forced into a marriage instead.

“This Government is absolutely clear: forcing someone to marry against their will is a crime. It is an abhorrent practice that can destroy lives, and we will not allow political or cultural sensitivities to get in the way of tackling it.

The FMU has produced radio adverts to be aired both in the UK and abroad. To reach communities in countries with a high prevalence of forced marriage, the audio files have been translated into Arabic, Bengali, Punjabi, Somali and Urdu. They are based on an FMU video called ‘Right to Choose’.

Foreign Office Minister for Consular Policy Tobias Ellwood said, “This is a global campaign targeting communities, both abroad and here in the UK, at a crucial time when we know lots of families are travelling for their summer holidays.”

The Forced Marriage Unit works closely with Foreign and Commonwealth Office staff located across the world to support British nationals abroad facing pressure to marry against their will, as well as those already in a forced marriage.

If someone is worried about being forced into marriage against their will, or concerned someone they know might be at risk, they should contact the police or the Government’s Forced Marriage Unit (FMU).

To give more victims the confidence to come forward, the Government recently announced that it will be introducing lifelong anonymity for victims of forced marriage through the Policing and Crime Bill.