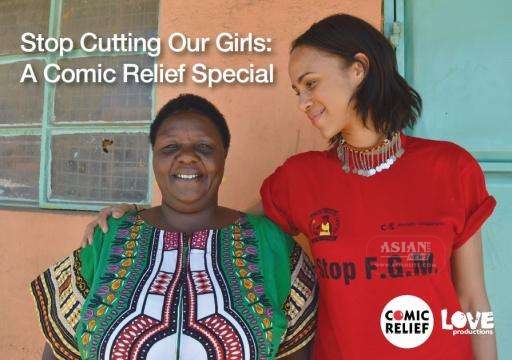 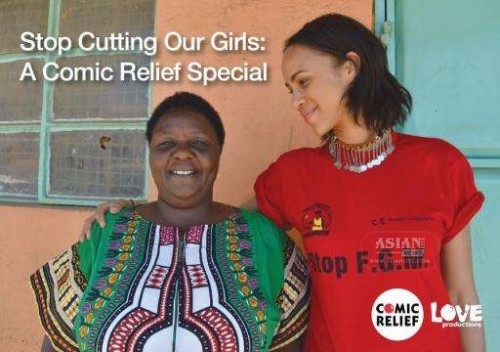 A hard-hitting one-off documentary, ‘Stop Cutting Our Girls: A Comic Relief Special’, will this week shine a light on the issue of female genital mutilation (FGM) in UK communities. The hour-long special will see actress Zawe Ashton leading a compelling investigation across the UK and Kenya. She will uncover what the centuries-old practice, steeped in tradition and secrecy, means for girls at risk of FGM.

According to figures from Plan International, 65,000 girls in the UK are at risk of FGM and thousands more survivors are living with the harmful implications .

Money raised through Red Nose Day currently funds more than 15 projects across the UK, supporting survivors and those at risk of FGM. Comic Relief also supports organisations providing outreach services in local communities to raise awareness of the issue.

Support Our Sisters, a project developed by the organisation New Step for African Community received a grant from Comic Relief to educate local people about the issue of FGM. Project Coordinator and Mental Health Practitioner Peggy Mulongo said: “Female genital mutilation is very much alive here in the UK and across Africa. There are many projects, like ours, that are committed to bringing an end to the practice, right here in local communities.
“FGM not only violates a girl’s integrity but carries lifelong physical, emotional and psychological harm. We hope this documentary helps to raise both awareness, and funds to help more projects continue their important work to create a world free from the practice of FGM.”
During the documentary, Zawe will meet FGM survivors, courageous women and members of communities who are breaking the taboo and speaking out about FGM. Zawe will discover how Red Nose Day cash is helping to break the cycle of FGM to end the practice in just one generation.

Zawe said: “When Comic Relief told me about their documentary on female genital mutilation, I knew I had to get on board. It’s a complex subject that I feel very passionate about and it was incredible to have an opportunity to visit projects in the UK and Kenya to gain a deeper understanding of its origins and its ramifications on both individuals and entire communities.”

‘Stop Cutting Our Girls: A Comic Relief Special’ will be broadcast on Wednesday 11th March at 10pm on BBC Three in the run up to Red Nose Day, which takes place on Friday 13th March.