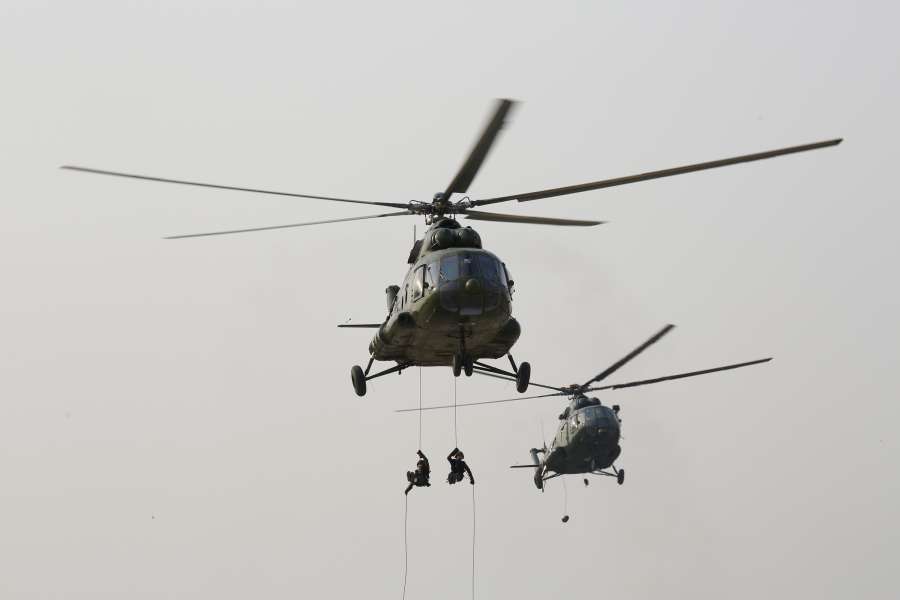 The five bodies have been found with the wreckage of the helicopter following a massive search launched on Wednesday after the chopper vanished over the Irish Sea, Xinhua reported.

The Irish Sea seperates the islands of Ireland and Great Britain.

On Thursday, rescue teams faced poor weather on the “treacherous terrain” around the site at the Rhinog Mountains in Snowdonia.

Two of those on board have been named locally as  from Hulcote, Kevin and Ruth Burke near Milton Keynes, who were travelling to a christening in Dublin.

A search started on Wednesday when the aircraft vanished over Caernarfon Bay.

The Air Accident Investigation Branch will then begin the forensic recovery of the Twin Squirrel helicopter, registered to Kevin and Ruth Burke, who are believed to have been directors of the Milton Keynes-based Staske Construction company.

They were travelling to Dublin, where Mrs Burke was born, with three other adult family members.

It is believed Mr Burke was originally from Manchester and was a qualified pilot.