Vikas Datta looks into the works of Cornelius Ryan, the journalist turned writer

It is a rare feat to pen a chronicle of a historical event which is not only the first introduction for succeeding generations but also the most vivid and enduring. And an Irish-born journalist did it thrice – aided by two of these works becoming well-known films.

In the process, he also became a pioneer of “popular history” or one meant for the general reader and complementing the big picture with personal experiences across the board from all sides and a rich amount of detail, instead of analysis.

If your first introduction to the D-Day (the Normandy landings on June 6, 1944) is the 1962 big-screen spectacle with a John Wayne as a US colonel fighting on despite a broken ankle, Richard Burton as a RAF pilot on the edge, and an American paratrooper trapped on a church tower as a firefight rages in the village square below, Cornelius Ryan is responsible.

The same if all you know of Operation Market Garden is from seeing Sean Connery, Gene Hackman, Robert Redford, James Caan and Ryan O’ Neal in a desperate fight to grab Dutch bridges while the likes of Maximilian Schell and Hardy Kruger do their best to foil them.

World War II not only saw authors like John Steinbeck, Ernest Hemingway, and Edgar Rice Burroughs become journalists but also journalists like Australians Alan Moorehead and Chester Wilmot and Soviet Vasily Grossman turn authors. Ryan, one of the latter group, was the most famous. 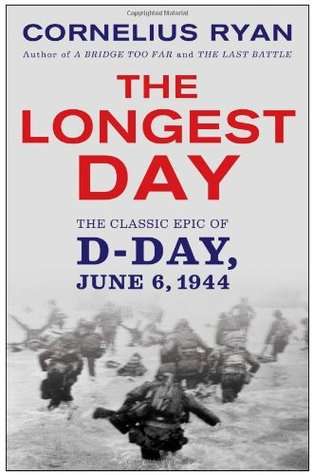 Born in Dublin in 1920, he moved to London in 1940 and became a war correspondent, flying along over a dozen bombing missions with the US Air Force, before being attached to Gen. George S. Patton’s Third Army. This did not take part in D-Day, but only came into action after the breakout from Normandy, when it chased German forces right to the German border before lack of supplies led to a halt.

Ryan, however, had himself been in Normandy twice on D-Day (which came a day after he turned 24) – first in a bomber over the beaches and then on a patrol boat back to Normandy after landing in England.

In 1947, he emigrated to the US and worked for Time (for whom he reported on US nuclear bomb tests and the First Arab-Israeli War) and then Collier’s Weekly. At a loose end after this folded in 1956, Ryan, who had proposed a book on D-Day two hours after the invasion began and grew further determined after a Normandy visit in 1949, set to work on earnest. An ad “Personal: Were You There on 6 June 1944?” elicited thousands of responses.

This was followed up with a three-page questionnaire, and on basis of replies, thousands of interviews – of Allied and German soldiers and commanders and French resistance members and civilians – were taken and hundreds of accounts were used to construct a gripping narrative of the hours leading to and of that eventful day in all its panorama of anticipation, danger, heroism and fear.

“The Longest Day: 6 June 1944 D-Day” (1959), divided into three parts – “The Wait”, “The Night” and “The Day” – begins on a misty dawn on June 4, 1944, in the coastal village of La Roche-Guyon, which we learn is the most occupied in occupied France with three German soldiers in and around for each of its 543 inhabitants, and then into the office of Field Marshal Erwin Rommel, who has the task of foiling the anticipated invasion.

It ends in the same village late on June 6, 1944, after a whirlwind journey – to the Allied High Command deliberating on the final nod, British and American paras girding up for a night drop, French resistance on sabotage missions, German officers trying to gauge if the increased activity is the invasion in earnest or a diversion, and finally, the huge Allied armada setting forth and the desperate fight on the beaches.

Ryan’s next was “The Last Battle” (1966) about the Battle of Berlin in 1945, for which he not only interviewed hundreds of Western Allied and German participants but was also given the rare privilege of access to Soviet archives and Soviet generals involved.

But what became as famous as his first was “A Bridge Too Far” (1974) about the gallant but ultimately unsuccessful attempt to shorten the war by the largest airborne drop on the Dutch-German border. Ryan, who was diagnosed with prostate cancer in 1970, wrote the book during his illness and died a mere two months after its publication. The film came in 1977.

Ryan, who had written three books earlier including two on Gen Douglas McArthur, left a posthumous account of his struggle with his fatal illness in “A Private Battle” (1979), co-written by his wife on the basis of his notes.