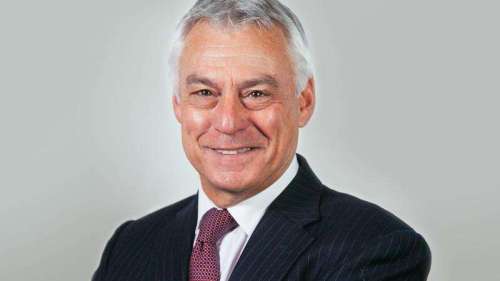 The Indian government is furious about British MPs’ plan to hold a debate on the “political and humanitarian situation in Kashmir” on Thursday.

India interprets the move as an attempt to criticise India’s role in Kashmir, even question its sovereignty over the region. Ironically, the debate is scheduled when Jammu & Kashmir is reeling under the worst floods in its experience for over 100 years, Raymedia reported.

David Ward, a Liberal Democrat MP, sought the debate in which government as well as opposition spokesmen will participate. Ward represents Bradford East in the House of Commons. Bradford city has the biggest Pakistani-origin population in Britain. In the past, such constituents have been known to pressurise their MPs to censure India on Kashmir.

The debate will not take place in the main chamber of the House of Commons, but in a committee room in Britain’s Houses of Parliament. At the same time, its contents will be officially recorded.

Speaking at an event to mark the 125th birth anniversary of the Indian freedom fighter Sarat Bose over the weekend, the Deputy High Commissioner for India in the UK, Dr Virander Paul, surprised his audience by stating: “From time to time, we find that there are certain tendencies in certain sections of the society, which are not in the interest of our strong relations.” Indeed, he cautioned: “We need to watch out and be mindful of any such efforts.”

While Paul made no reference to the upcoming debate, his remarks were apparently aimed at the senior cabinet minister who was present at the function, Dr Vince Cable, who is a long-standing Liberal Democrat leader. In other words, it was a suggestion to Cable to rein in Ward, his party colleague.

India has always considered any debate on Kashmir by British parliamentarians as an interference in India’s internal affairs. The last time this occurred – in 2011 – there were several more pro-Pakistan speakers than pro-India speakers. According to Raymedia, Kashmir being topmost on Pakistan’s diplomatic agenda, its missions exploit the local Pakistani community to persuade MPs to reflect their point of view in such debates.

There was an undisguised message to the UK government in Paul’s speech that, unlike its Pakistani counterpart, the Indian community in the UK does not act as an agent of the Indian High Commission. “Indians are born with the traditions and values of tolerance, mutual respect, mutual accommodation and peaceful co-existence,” he said.

The Indian High Commission has, however, launched a diplomatic offensive by highlighting to British MPs: “It is a widely recognised fact and clearly recorded internationally that infiltration of terrorists into Jammu & Kashmir is aided and abetted by Pakistan, including use of cover fire and other military actions on the border.” And the mission asserted: “It is necessary that no encouragement should be given to the proponents of terrorism and jihadi elements which are being sent into India to create mayhem.”

Pointing out that diplomats and the International Red Cross have free access to J&K and that human rights bodies in India take cognizance of and punitive action against any human rights violations by security forces, it further told such lawmakers: “The peaceful democratic process in the state of Jammu & Kashmir is in contrast to the situation across the border in Pakistan occupied Kashmir.”