In the meeting with UK’s Minister for Defence Procurement James Heappey, the Defence Minister underlined the growing ties between the two countries. Both will continue discussions on Thursday…reports Asian Lite News

On the first day of DefExpo2020 on Wednesday, Defence Minister Rajnath Singh held meetings with his counterparts from five countries – the UAE, the UK, the Maldives, Kyrgyzstan and Oman – to strengthen military cooperation.

Singh and UAE’s Minister of State for Defence Mohammed Al Bowardi expressed satisfaction at various dimensions of the ongoing defence cooperation between the two countries and exchanged views on further strengthening it.

In the meeting with UK’s Minister for Defence Procurement James Heappey, the Defence Minister underlined the growing ties between the two countries. The discussions, while touching on various aspects related to defence cooperation, also focussed on opportunities to further enhance defence engagements between the two countries. They have agreed to meet again on Thursday to continue the discussions. 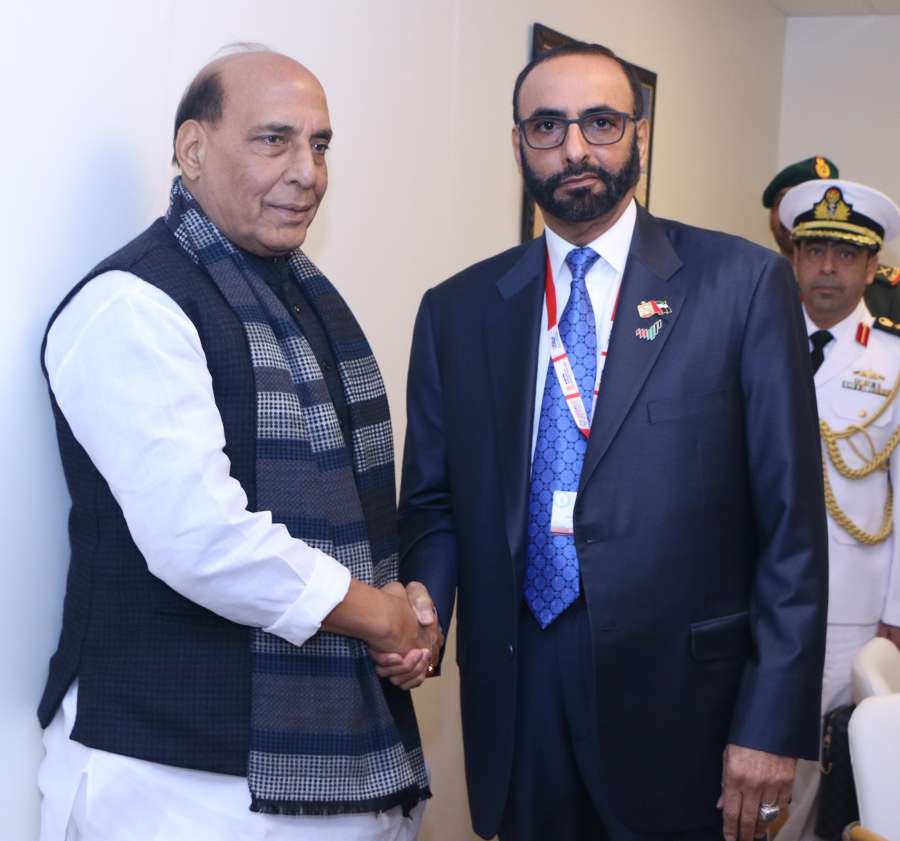 In the talks with the Maldives’ Defence Minister Uza Mariya Ahmed Didi, Rajnath Singh sought cooperation in the field of defence industry as it forms an important part of strategic partnership between both the countries.

The Maldivian minister expressed her country’s gratitude for India’s assistance over the years and recently in bringing back Maldivian students from China’s Coronavirus-affected Wuhan.

She underlined the opportunities that exist to further enhance defence cooperation especially in the maritime domain, to which Singh responded positively. 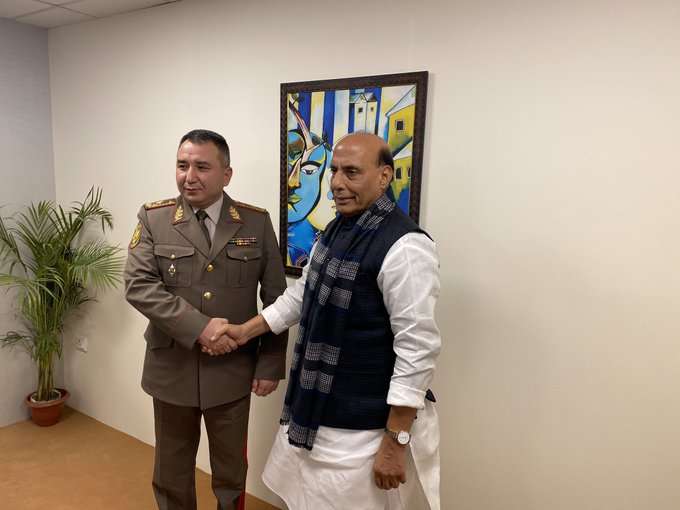 In a significant decision, both leaders agreed that the Joint Exercise involving the Special Forces of India and Kyrgyzstan named Khanjar VII shall be held soon in India. It was also decided that the first Joint Working group between the two countries on Defence Cooperation would be held within the next two to three months.

Holding the last and fifth meeting of the morning with Omani Defence Minister Badr Saud Harib Al Busaidi, Rajnath Singh stressed that defence cooperation was the key pillar of bilateral relations between the two countries.