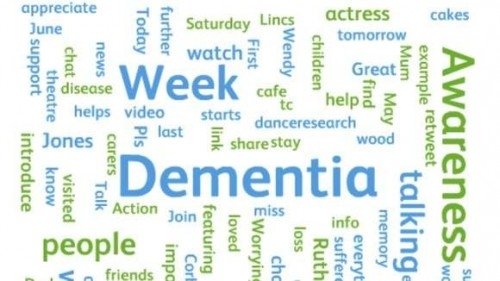 A DROP-IN event is being held at the headquarters of Leicester City Council on Thursday (May 21) as part of Dementia Awareness Week.

The ‘Living Well with Dementia’ information event, which is free to attend and open to the public, will be held from 10am until 3pm at City Hall, 115 Charles Street (LE1 1FZ).

Representatives from a number of organisations will be on hand to help and advise, including Leicester City Council, Leicester City Clinical Commissioning Group (CCG), Age UK, Alzheimer’s Society, CLASP – The Carers Centre, Healthwatch and the Citizens Advice Bureau. There will also be representatives from Leicestershire Police, Leicestershire Fire & Rescue Service, NRS Healthcare and Vista.

Deputy City Mayor Rory Palmer, who chairs the Leicester Health and Welbeing Board, said: “It is important that people with dementia, and their family and loved ones, know about the huge amount of support that’s available to them.

“Events like this can help make sure people get the help and advice they need to live well with dementia.”

There will also be two ‘Dementia Friends’ information sessions, from 10.30am and 1pm, running at the event.

This is part of the Alzheimer’s Society campaign to recruit over four million dementia friends by 2020. Dementia friends are volunteers from the community who make a commitment to improving the lives of people with dementia.

Anyone can become a Dementia Friend. It doesn’t take long and all you need to do is attend a learning session either in person or online.

According to the Alzheimer’s Society, there are 850,000 people living with dementia in the UK, with numbers set to rise to over one million by 2025.

Almost 2,000 people in Leicester have been diagnosed as living with dementia, although it is estimated that the true figure could be closer to 3,000.

For more information, or to book onto a Dementia Friends session, call 0116 454 2347 or visitwww.leicester.gov.uk/dementia