Deven Bhurke, a freelance graphic designer and artist based in Hampshire, has contributed to a major street art project in London to celebrate “Year of the Bus.”

The event is to mark 60 years since the first appearance of the iconic Route Master besides the 75 years since the launch of the RT-type bus and 100 years since the world’s first mass-produced motor bus, the B-Type ‘Battle Bus’ that carried soldiers to the frontline during the First World War.

Deven designed and painted a bus sculpture “Twenty Four Seven”, which shows the importance and role of London buses and remembering that their services are available 24/7 keeping the city move round the clock.

Up to 40 New Routemaster bus sculptures have lined the streets of London for the Bus Sculpture Trail, launched by Transport for London in partnership with London Transport Museum and London’s bus operators and 20 additional bus sculptures will be available on a fourth trail in Croydon from December this year. The sculptures were launched in Trafalgar Square on 17th October ahead of the trail. 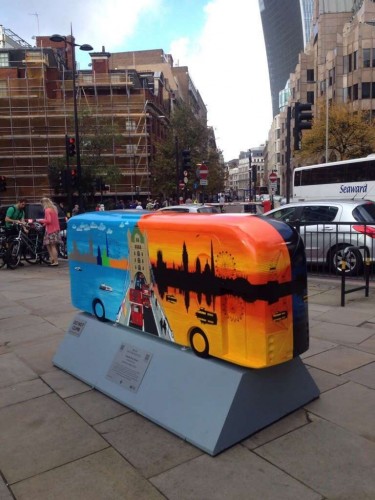