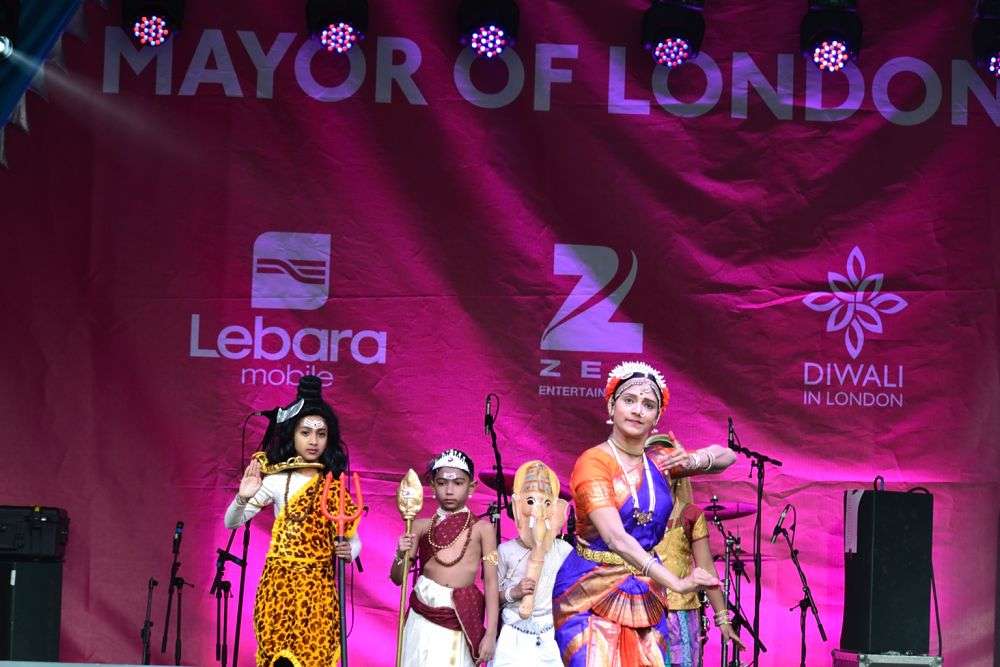 Diwali celebrated at Trafalgar Square in London with traditional flavour.
Indian High Commissioner Mr Ranjan Mathai along with an array of invited guests inaugurated the festival. London Mayor Boris Johnson conveyed his Diwali wishes through a video message.
Programme kick-started with an invocation to Lord Ganesha by Ragasudha Vinjamuri-Rapatwar of Sanskruti Centre, followed by several groups performing dance and music acts. ZEE TV hour had Shiamak Davar group performing, besides others. The popular Bollywood numbers have thrilled all those who thronged the place in scores.
Special part of this year’s Diwali is the Ram Yatra in which about 50 children participated. It signified a victory parade of Lord Rama, Sita, Lakshmana along with Hanuman and the Vaanara Sena from South Bank Centre area up to Trafalgar Square with several hundreds of people lined up all along.
Bali Brahmbhatt entertained the thousands of audiences before the formal inaugural at the Square, which had several buzzing activities such as Dance Fitness Zone, Saree wearing, Henna painting, Garba dance etc.
Welcome speech was delivered by the Chair of DOTS 2014 Rupesh Bhayani and Dipti Vyas of Chinmaya Mission.