The really intriguing question is whether Boris Johnson can truly change the political map of this country. The Conservative party has always had a great capacity to reinvent itself. Before the war it had a fair measure of working class support as demonstrated in the 1935 election. And this, remember, is Labour’s worst result since 1935. Then after Labour’s historic 1945 win which brought radical changes to this country, the Conservatives were quick to see that not all the changes could be reversed…. writes Mihir Bose 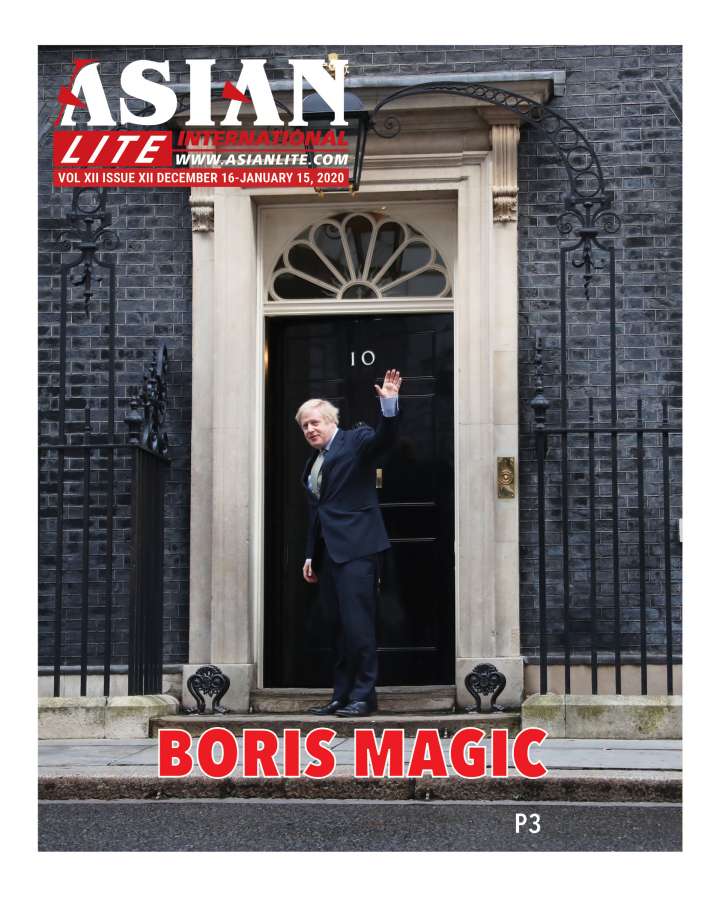 You cannot, said Abraham Lincoln, fool all the people all the time, but Boris Johnson’s stunning election victory shows him presenting himself in so many different guises that most, if not all, people have been fooled long enough for Johnson to win. His capacity to believe that he can have his cake and eat it should never be underestimated and he has demonstrated in the past how he can sound both cuddly soft left in a Labour stronghold and die hard Tory where he has no need to advertise his supposedly liberal tendencies.

A decade ago he demonstrated this when he defeated  Ken Livingston to win the London Mayoral election. I remember talking to Livingstone soon after the election. The Beijing Olympics was about to take place, Livingston, as London Mayor, had played a crucial role in London getting the Games and I expected him to be sore that it was Boris not he who would represent our capital city in Beijing. I thought he would blame it on the right-wing media, a bad campaign or Labour’s inability to get out the vote in a city that is truly Labour’s great red walled city. Instead he frankly confessed that Johnson had been a formidable campaigner and that he had suspected that if the Tories nominated Johnson he would find it difficult to win. 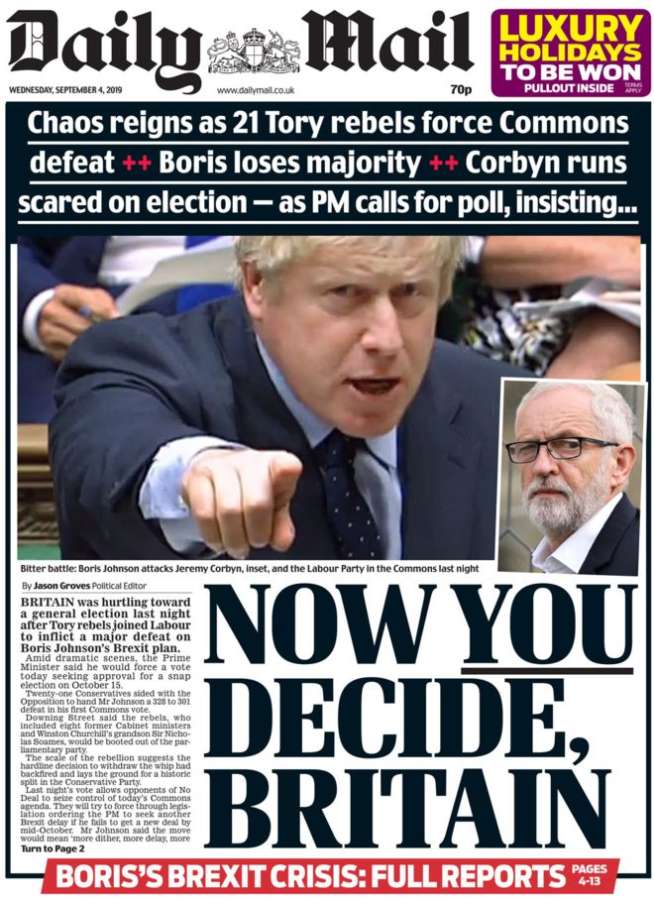 During that election Johnson showed how he could reach out to voters with certain specific issues about which they felt very strongly. So, when it came to the third runaway at Heathrow not only did he make his opposition clear but promised to lie down before the bulldozers. He knew perfectly well he would have to do no such thing but it made all the right headlines. While adding to his image of Boris the loveable panto artist it also resonated with all those in west and south London whose lives would be made hell by a Heathrow expansion.

But come the time when a Tory government basically approved the Heathrow expansion plans what did Boris do? He was by then Foreign Secretary in Theresa May’s government and if his pledge had any meaning he should have resigned. Instead he avoided the vote in the House of Commons by going on a foreign visit whose purpose was never clear which had no impact on the country’s foreign policy.

A similar ability to be all things to all people was evident when he cooked up what he calls his ‘oven ready’ Brexit deal. The deal effectively means there is a border in the Irish Sea, something he promised he would never accept. He had resigned from May’s government because he felt she was giving too many concessions to the European Union. 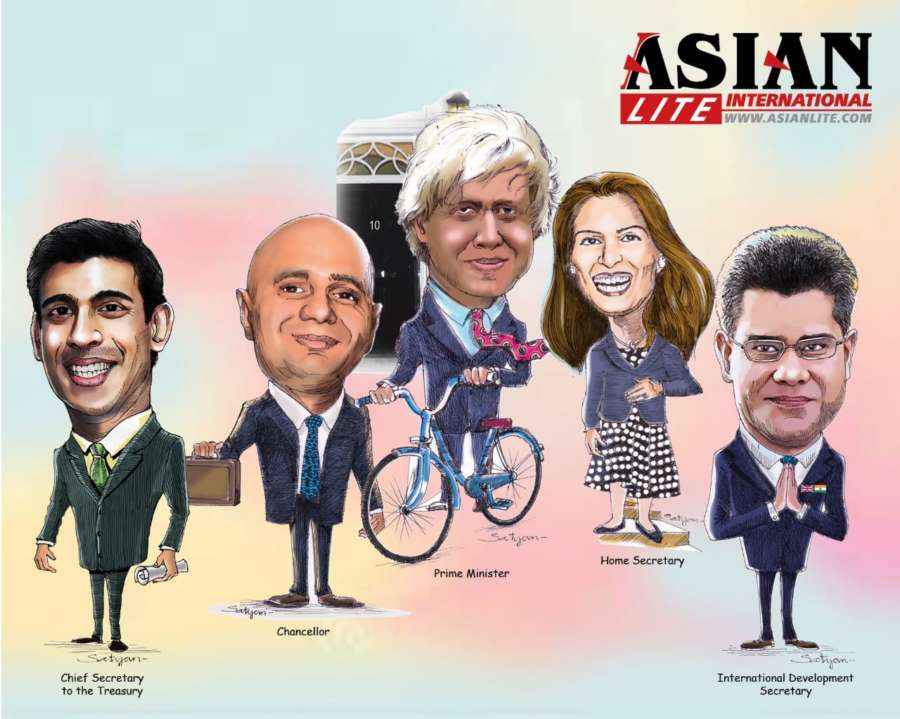 In his campaign for the Tory leadership while denouncing May’s Irish backstop, which stopped well short of a border in the Irish Sea, Johnson made it clear he would do nothing that would put Northern Ireland on a different footing to the rest of the United Kingdom. There could not have been a more remarkable U-turn. Most politicians would have felt it necessary to admit that they had to change their mind to get the deal done. But not Johnson. He has continued to insist that there will be no border and contrary to what his own government officials have said he has even insisted that Northern Ireland businessmen will not have to fill in forms when they export or import goods from the EU. Yet the wording of the treaty he has signed make it clear that they will.

Now you would expect that Britain’s vaunted press would smoke this out. But here Johnson the  legendary journalist has proved to be Johnson, the man never very keen to talk to other journalists.. During his campaign for the Tory leadership he kept himself away from any media forum which could mean tough questioning and he did it even more emphatically during the election, refusing to be interviewed by Andrew Neil the BBC rottweiler whose relentless questioning had exposed both Jeremy Corbyn and Jo Swinson.

Johnson has spoken of the former working class Labour supporters who have voted Tories in as having lent them their votes. He needs to make the loan permanent and this is where he faces his greatest problem

We can expect Johnson to prove just as elusive during his Prime Ministership. When media outlets such as the Today program will demand the Prime Minister watch out for some minister to be put forward. More likely it will be Rishi Sunak, chief secretary to the Treasury, who during the election deputised for Johnson. This will serve another purpose. Sunak is a Hindu, one of the prominent Hindu ministers Johnson has in his government. All the evidence shows that Hindus voted in large numbers for the Tories while the Muslims stayed with Labour and Johnson is eager to cultivate this support.

It was significant that during the election Johnson visited the Neasden temple with his girlfriend Carrie dressed in a sari. What better than to have a prominent Hindu like Sunak, who proudly boasts that he took his oath as an MP on the  Bhagavat Gita to be his stand in. It also neatly deals with any charge that Johnson may be racist. And instead of being grilled by the media Johnson will suddenly descend on communities and play the joker as he so often did as London Mayor. And while this will not look Prime Ministerial, Johnson will dismiss this as the metropolitan elite sneering at him. He will be confident that away from what the Tories call the ‘London bubble’ the population at large will simply see it as, “ Ah Boris is being Boris.”

The really intriguing question is whether Boris Johnson can truly change the political map of this country. The Conservative party has always had a great capacity to reinvent itself. Before the war it had a fair measure of working class support as demonstrated in the 1935 election. And this, remember, is Labour’s worst result since 1935. Then after Labour’s historic 1945 win which brought radical changes to this country, the Conservatives were quick to see that not all the changes could be reversed.

Churchill had opposed plans for the National Health Service calling William Beveridge, whose report laid the foundations for our welfare state, “a windbag”.  Even in 1950 there were plans to do away with the National Health Service. But the Conservatives realised they could not reverse all of Labour plans and since then they have worshipped at the altar of the NHS as much as Labour.

Johnson has spoken of the former working class Labour supporters who have voted Tories in as having lent them their votes. He needs to make the loan permanent and this is where he faces his greatest problem. For not all his new MPs buy into the one nation, liberal, Toryism that Johnson espouses when he addresses this new group of supporters. They remain wedded to the free market state, believers that many who seek benefits are scroungers. How Johnson can appeal to these former labour supporters while retaining the loyalty of his flock elsewhere will be his big test. And here performing pantomime tricks may not prove enough.

It will be all the more difficult if Brexit tuns out to be not the sort of Eldorado that Johnson and the Brexiters have promised. That will provide an opportunity for Labour to make a come back, but for that to happen Labour has to rediscover itself. It took Labour ten years after 1935 to do this and even then it required a war. How long it will take now is impossible to estimate.