Britain’s busiest airport has told passengers to ensure all electronic devices carried as hand baggage are charged before travel if they are flying to the US. 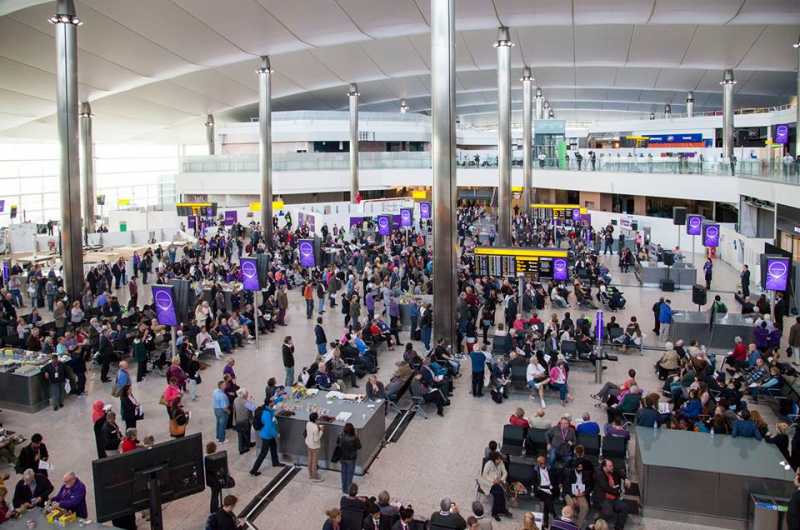 Heathrow Airport posted details of the new rule on its website and Facebook page. The move follows a request from the US that “certain overseas airports” implement enhanced security measures, BBC reported.

The UK government has also revised its rules to state that if a “device doesn’t switch on, you won’t be allowed to bring it on to the aircraft”. Affected passengers have been told they may also have to undergo extra screening measures.

The Department for Transport declined to say whether other UK airports would enforce a similar restriction on flights to the US. American officials said last week they were aware of a “credible” terrorist threat, but have not linked the security changes to any specific intelligence.

A spokeswoman for Heathrow said that it did not comment on security matters.

But the BBC understands that passengers flying to the US will be advised to remove relevant chargers from their hold luggage at check-in, so that they can top up carried-on gadgets if necessary. Alternatively, they can opt to place any powered-down kit in their stowed luggage.

If they still arrive at the security point with a powerless device, they will directed to a nearby retailer that might be able to provide a recharging cable, and told of the location of airport charging points.

If the traveller is still unable to power on their machine, it will be suggested they make use of MailandFly – an existing service offered by the firm Bagport, which is based at Heathrow’s security control.

It allows passengers to pay for banned hand baggage to either be shipped to them separately or be stored at one of the firm’s warehouses for up to 42 days.

“We already deal with perfumes, knives and other prohibited items… and shipping a powered-down device would be possible,” said Bagport station manager Liisi Puutsa.

If the traveller rejects this option, it will ultimately be up to the airline to arrange what happens to the device.

Virgin Atlantic, British Airways, Delta Air Lines and Air France were all unable to provide details of how they would tackle such a situation when asked by the BBC.

The authorities are not providing a specific list of the devices now subject to power-on checks. However, the US Transport Security Administration has singled out mobile phones as one type of device affected, and the UK’s hand luggage rules also mention tablets, MP3 players, cameras and electric shavers as other examples.