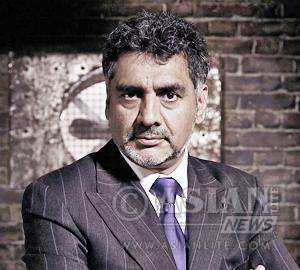 The multi-millionaire businessman James Caan is said to have split from his wife Aisha, of 32 years, which could potentially cost him a £25 million divorce pay-out. He is better known for his role as a judge in the famous BBC show, `Dragon’s Den’ from 2007 until 2010.

The tycoon, who was born in Pakistan but moved to the UK aged two, is believed to have moved out of his North London family mansion. The couple had met when Aisha came into his office for an interview. Even though she had turned down his offer, James Caan had helped her set up her boutique business.

At the age of 21 he had proposed and they were married on New Year’s Day 1983 in Regent’s Park mosque in Central London. They then built his business empire together. Subsequently Aisha gave up her boutiques so she could look after the couple’s two children, Jemma-Lia and Hanah.

James Caan was the subject of controversy two years ago, when he was made a ‘social mobility tsar’ by the Government. He was born Nazim Khan in Lahore, Pakistan, in 1960, but changed his name after watching Hollywood star James Caan in The Godfather. He was quoted as saying that the name James Caan was a great opener with potential clients, and had used it all the time, and changed his name by deed poll some years later, much to his father’s disapproval.

Mr Caan had started out selling leather jackets at his father’s business in Brick Lane, before leaving and working at a recruitment agency and finally set up his own agency.