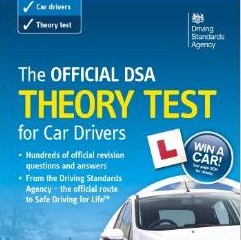 The driving test is celebrating its 80th birthday, having been first introduced to drivers on June 1st, 1935.

There have been over 50 million tests carried out on motorists. In 1935, there were just 1.5 million cars in use, but with over 7,000 people killed in 1934, it was deemed necessary to introduce the test, which cost seven shillings and sixpence – the equivalent to around 37.5p in today’s money.

Doing so reduced the number of deaths by 1,000, and the situation has been improving ever since. The annual death toll now is around 1,700…

Candidates from the early tests were expected to display plenty of hand signals, a practice on which those sitting the test were assessed until as late as 1975.

Although some of the early elements of the test remain, in 1996 a separate theory test was introduced – replacing questions asked by the examiner during the practical test.

In 2002, a hazard-perception element was added to the theory test, using video clips to test candidates’ awareness of hazards on the roads. This has been credited with an 11% reduction in crashes.

Another major change took place in 2010, with the introduction of a 10-minute “independent driving” section to the practical test – requiring candidates to show they can drive safely without turn-by-turn directions from their examiner.

Then in January 2015, computer generated imagery (CGI) replaced filmed video clips in the hazard-perception test, allowing it to incorporate a wider range of hazards and driving environments.

The driving theory test is required for anyone who wants to learn to drive a car or motorbike.

It features 50 multiple choice questions, 43 of which must be answered correctly.

There is also a hazard perception part where examinees must watch 14 one-minute clips and indicate any developing hazards.