The UK is “deeply elitist” according to an analysis of the backgrounds of more than 4,000 business, political, media and public sector leaders, BBC reported.
Small elites, educated at independent schools and Oxbridge, still dominate top roles, suggests the Social Mobility and Child Poverty Commission study. It says key institutions do not represent the public they serve.
Commissio 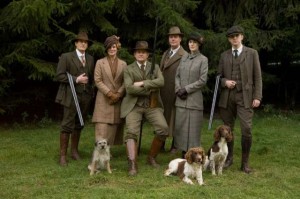 n chairman Alan Milburn said the UK’s top jobs remain “disproportionately held by people from a narrow range of backgrounds”.
“The institutions that matter appear to be a cosy club.”
Mr Milburn told BBC Radio 4’s Today programme the report serves as a “wake-up call” to schools, universities and government.
He said: “We want the best people in the top jobs, the concern of this is the dominance they exercise.
“If there is one thing that unlocks this huge challenge for the country about the excessive dominance at the top it is the improvements in education.”
“Locking out a diversity of talents and experiences makes Britain’s leading institutions less informed, less representative and ultimately less credible than they should be,” warned Mr Milburn in his foreword to the report.
“This risks narrowing the conduct of public life to a small few who are very familiar with each other but far less familiar with the day-to-day challenges facing ordinary people in the country.
“That is not a recipe for a healthy democratic society.” 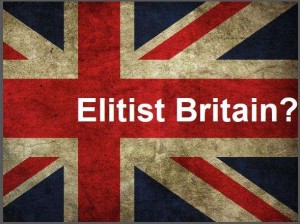 The commission says its findings are based on one of the most detailed analyses of its type ever undertaken.
It found that those who had attended fee-paying schools included:
71% of senior judges
62% of senior armed forces officers
55% of permanent secretaries (the most senior civil servants)
53% of senior diplomats.
Also privately educated were 45% of chairmen and women of public bodies, 44% of the Sunday Times Rich List, 43% of newspaper columnists and 26% of BBC executives.
In sport, 35% of the England, Scotland and Wales rugby teams and 33% of the England cricket team also went to private schools.
In politics, half the House of Lords attended independent schools, along with 36% of the cabinet, 33% of MPs and 22% of the shadow cabinet.
This compares with 7% of the UK population as a whole.
Figures for top people who went to Oxford and Cambridge paint a similar picture.
Some 75% of senior judges, 59% of the Cabinet, 57% of permanent secretaries, 50% of diplomats, 47% of newspaper columnists, 38% of the House of Lords, 33% of the shadow cabinet and 24% of MPs hold Oxbridge degrees.
In contrast, less than 1% of the whole population are Oxbridge graduates while 62% did not attend university, says the study.
The report describes the figures as “elitism so stark that it could be called social engineering”.
The authors recognise that many talented people attend independent schools and top universities, with 32% of those with AAA or better in last year’s A-level results attending private schools.
However, they ask whether top jobs are about what you know or who you know and whether some talent is being locked out.
The report calls for a national effort to “break open” Britain’s elite, with:
employers publishing data on the social background of staff university-blind job applications and non-graduate entry routes
the government tackling unpaid internships that disadvantage those too poor to work for nothing
senior public sector jobs being opened up to a wider range of people.