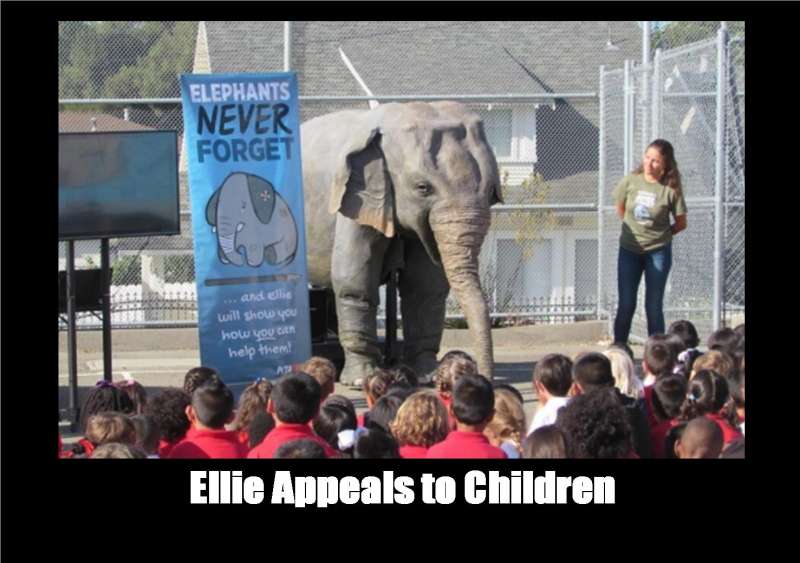 Schoolchildren will now have the chance to learn about and get up close and personal with an ex-captive “elephant”, thanks to PETA US’ life-sized mechanical model named Ellie, who’s voiced by Bollywood star Priyanka Chopra.

Ellie is starting a school tour that will take her all over the US, Europe and even Chopra’s native India. She’ll talk to young people about her separation from her mother as a baby, the physical punishment she endured in the circus and, finally, her happy life at a sanctuary after her rescue. 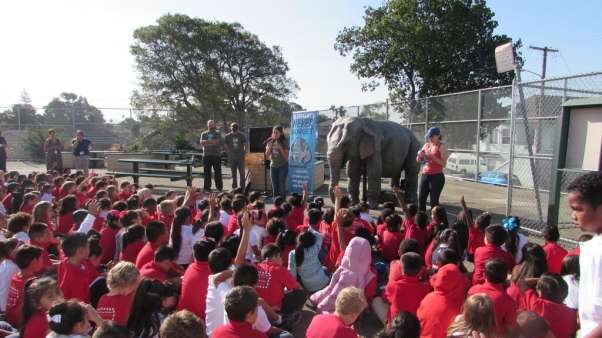 “Elephants are truly magnificent creatures, who desperately need our help and protection. Ellie and I are teaching kids that elephants belong in the wild with their families and that they suffer greatly in captivity, in which they’re kept chained, forced to learn tricks, and deprived of all the things that make them happy, like family and freedom”, says Chopra. “I couldn’t be more proud to join PETA in bringing Ellie’s story to life for children everywhere, with the hope of instilling the idea of compassion and kindness for living creatures of all kinds.”

Primary school students are already responding with rave reviews and questions about circus life for elephants. One student at Horace Mann Elementary in Oakland, California, asked, “Why don’t circuses just use robots instead?” And a student at Prairie Elementary in Sacramento, California, shouted, “It’s a miracle!” after watching Ellie move.

PETA US – whose motto reads, in part, that “animals are not ours to abuse in any way” – has gathered extensive video and photographic evidence showing circus trainers and handlers as they jab elephants, including babies, with bullhooks (weapons that resemble a fireplace poker with a sharp metal hook on one end). Ringling Bros in the US keeps elephants, tigers and other animals on the road for up to 50 weeks a year, and when they aren’t being forced to perform – under the threat of punishment – they’re usually shackled in chains or locked away in cramped cages.

For more information on how animals suffer in circuses, please visit PETA.org.uk.