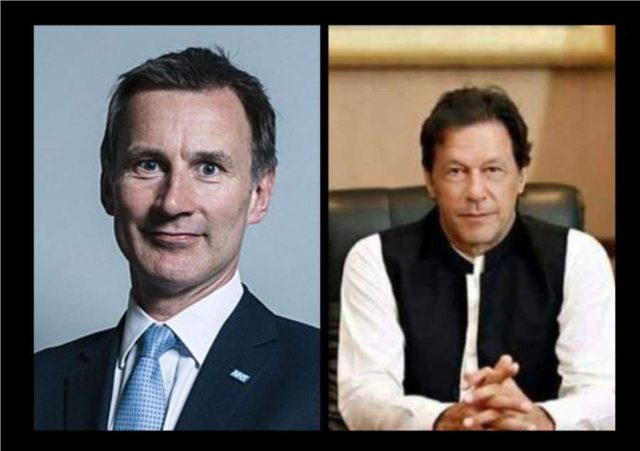 Britain is now under pressure to take action on Pakistan as more western countries including EU turning their heat on Pakistan over the Islamic Republic’s terror links and persecution of religious minorities. In a letter to Prime Minister Imran Khan, 51 Members of the European Parliament criticise Pakistan for falsely accusing and targeting individuals under the blasphemy law…reports Dr Sakariya Kareem

Just after a major set-back on Masood Azhar issue at United Nations Security Council (UNSC), Pakistan is facing another humiliation at a global stage.  Fifty-one Members of the European Parliament issued a collective letter addressed to Prime Minister Mr. Imran Khan, expressing their concerns, and seeking assurances that the persecution of religious minorities would cease immediately, EP today reported.

The MEPs move will put pressure on Britain to take action on Pakistan immediately. Foreign Secretary Jeremy Hunt who mentioned the persecution of Christians and minorities in Pakistan during the launch of non-Government Organisation Open Doors’ 2019 World Watch List of the 50 countries where Christians are most persecuted.

The EU move will force Britain to shift its stance on Pakistan. Mr Hunt has condemned the persecution Christians across the world and promises to take action to stem it. He mentioned the persecution of minority Ahamadiya community in a recent speech. Pakistan is number one receiver of UK AID. It received £463 million in 2016.

“As a man of faith, free to practise in line with my conscience, I am appalled at the plight of the 245 million Christians worldwide currently facing persecution as a result of their belief,” Hunt said in letters to Church groups and leaders. “I want you to know that the UK stands in solidarity with persecuted Christians around the world. Freedom of Religion or Belief is a human right enshrined in the Universal Declaration of Human Rights.  It must be respected. People from all faiths or none should be free to practice as they wish.

“I will continue to make this case for the millions who suffer as a result of their beliefs and British diplomats will continue to advocate for all those denied the right to practise their faith.”

On average, 300 Christians a month are killed because of their faith, according to the Foreign Office.

The letter issued by the MEPs said today’s Pakistan is far removed from being the country that its founding father, Muhammad Ali Jinnah, had envisaged. Jinnah had always insisted that Pakistan would be a Muslim majority State where people from all religions, whether Christians, Hindus, Sikhs, Buddhists, Ahmadis or Shias, would be treated equally. Over the last seven decades, successive governments in Pakistan have contributed to implementing discriminatory systems that have resulted in political, economic and social persecution of religious minorities, which have encouraged acts of violence against them by radical Islamic groups.

The MEPs criticise Pakistan and its establishment for falsely accusing and targeting individuals under the blasphemy law. They specifically cited the internationally condemned case of Asia Bibi, the Christian woman who had been falsely charged, harassed and sentenced to death row due to the country’s Blasphemy Laws.

The MEPs urged Pakistan to take measures to dismantle the constitutional and institutional structures that have resulted in the purposeful targeting of religious minorities in the country. Should the violations of the International Covenant on Freedom of Religion continue, especially with regard to the persecution of religious minorities in Pakistan, the Members of the European Parliament having signed the letter, would be compelled to call on the European Commission to suspend all subsidies and trade preferences until the effective implementation of the Convention could be assured by the Government of Pakistan.