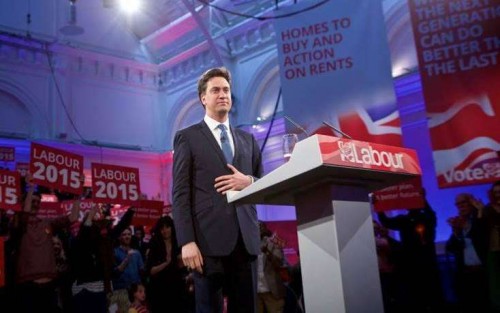 Ed Miliband is heading towards his final hours as Labour party chief. After a humiliation in Scotland he looks pretty bruised after the SNP mauling at night.

Ed Miliband has apologised for a “very disappointing and difficult night” for Labour as he hinted he would stand down as leader later today reports The Independent.

It was a night that contradicted pre-election polls and handed victory to David Cameron, with the Tories on course to win one short of a majority.

Speaking after winning his Doncaster North seat, Mr Miliband said: “This has clearly been a very disappointing and difficult night for the Labour Party.

“We have not made the gains we wanted in England and Wales, and in Scotland we have seen a surge of nationalism overwhelm our party,” he said after being comfortably re-elected with an increased majority in Doncaster North.

“I want to say to all the dedicated and decent colleagues in Scotland who have lost their seats that I am deeply sorry for what has happened.

“Whatever party we come from, if we believe in the United Kingdom we should stand up for people in every part of our United Kingdom because I believe that what unites us is much, much more than what divides us.”

The Labour leader will make a speech later today when he is expected to comment on his future as leader.