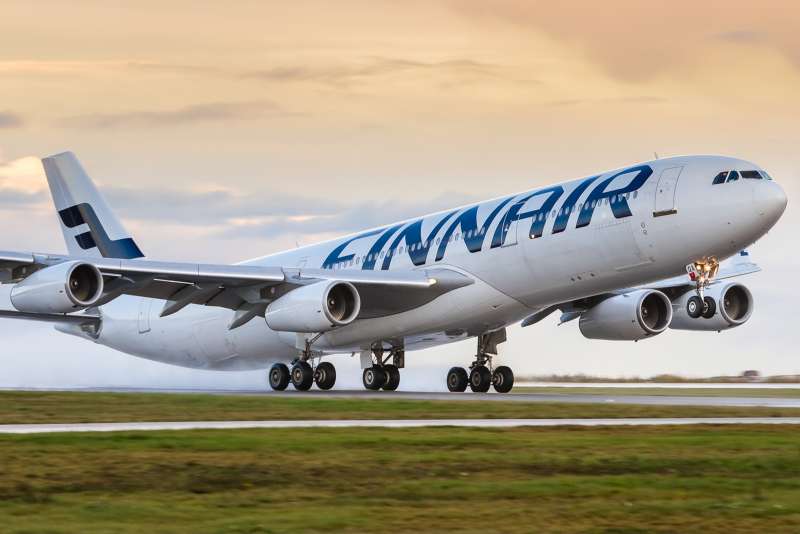 An Indian passenger of Finnair AY832 from London to the airline’s hub Helsinki was left bleeding on the tarmac of the airport for 29 minutes, with a jaw bone fracture, a deep gash and four teeth broken when she slipped and fell down while de-boarding on Sep 15, her family says.

In response, Finnair said in an e-mail that it confirms a passenger was injured as she tripped on the stairs while deboarding her flight at Helsinki airport. “We’re extremely sorry about the accident and wish the passenger in question a speedy recovery,” the airline added.

Vidya Narayan Swamy, the daughter of the passenger Ranjini Narayan Swamy, narrated the incident to IANS. “Believe it or not! No ambulance came to the site for 29 long minutes. When it did, it took a little while for them to put her on a stretcher and examine her in the ambulance,” she said.

“The airline’s apathy — or call it a sheer lack of basic courtesies and responsibility towards their own passenger — did not end here. When the ambulance did arrive, no one from Finnair even bothered to accompany the badly hurt passenger to the hospital,” the daughter said.

They were left to fend for themselves. The husband of the injured passenger is an employee of IANS.

The Finnair email, sent by communication specialist, Mark Bosworth, said the passenger was attended to by Finnair crew members until the arrival of the ambulance. “Despite an immediate call to the emergency services, there was an unfortunate delay, and it took some time to arrive. We understand the situation must have been very distressing for the passenger and her family,” the airline added.

“We apologise for the delay with the ambulance, however Finnair crew members remained with her throughout this time.”

Under the comparable civil aviation guidelines in India, an ambulance has to reach an injured person on the tarmac or apron area within 7-10 minutes. Sometimes, it may also call for a partial shutdown of nearby operations, officials at the international airport here explained. The rules under the Indian “Civil Aviation Requirements” (CAR) are more stringent. Under the Indian CAR, a paramedic or emergency relief team should reach an injured person within 7-10 minutes on the tarmac or 2-5 minutes inside the terminal.

Interestingly, airlines operating through hub-and-spoke model, have to provide escort services to ferry passengers from one aircraft to another or get them cleared from customs. Under such a model, passengers are ferried from far and wide to a single base of operations and then sent off to specific destinations.

In such operations, escort services are provided as passengers travelling to the hub airport may not speak the local or international languages.

“It is a basic protocol, every airline follows it. In this particular incident, the airline, by not providing an escort or a guide service, has done injustice to the injured passenger,” a senior airline official, whose company operates a similar hub-and-spoke model in New Delhi, told IANS.

Vidya recalls the incident: “My mother hit the ground, with her face down, with such a noisy and deadly impact that three of her teeth went flying out, one tooth broke within and there was a hairline fracture in the lower jaw. Her right shoulder also bore the brunt of the fall.”

Vidya, who was returning to New Delhi from London after finishing Master’s in law, said the Finnair crew kept telling them that an ambulance would reach “soon” — in 15 minutes, in 10 minutes, in five more minutes.

“We were later taken to a Helsinki hospital where a doctor, miraculously of Indian origin, stitched the gash under my mom’s lower lips and declared she had no visible neurological problems. She was also bandaged and given medicines,” Vidya said.

“We were then driven back to the airport. And though my mom was in pain and shock, we decided to board the flight bound for Delhi (AY 21) so that we could provide her the best medical attention in Delhi,” she said, adding with a degree of anguish and pain: “Notably, no one from Finnair bothered to accompany us to the hospital.”

Vidya said her angst was over the system that Finnair and Helsinki Airport followed — or the lack of it.

“I have nothing against Finland and its people. As individuals, some Finns were very nice when the accident occurred. India is a growing economy, and airlines around the world see Indians as a big market. Would you like to patronise an airline which took half an hour to attend to my mom?” she said.

Finnair went on to add that the legislations related to airline’s responsibility and role in such cases varies from one country to another and in the extant case, the airline acted in line with the Finnish legislation related to receiving medical information.

“According to the legislation in Finland, information on a patient can only be given to a relative, and this means that an airline is not allowed to receive any information on a passenger unless the customer or relatives specifically grant us permission to get information. This also applies to accompanying a customer to hospital,” it said.

“We fully understand that this situation must have been very distressing, and we will be looking into our practices and discussing also with local authorities the ways we could improve the procedures, to be able to provide more assistance to customers should they need more assistance from Finnair in a situation like this.”