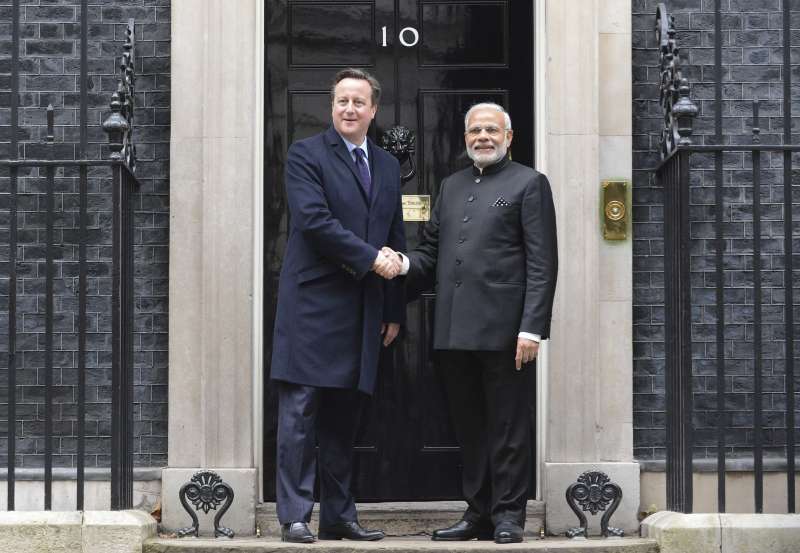 “The conclusion of the civil nuclear agreement is a symbol of our mutual trust and our resolve to combat climate change,” Modi said while issuing a joint statement along with British Premier David Cameron.

“The agreement for cooperation in India ’s Global Centre for Clean Energy Partnerships will strengthen safety and security in the global nuclear industry, ” he said.

He said India attached great value to defence and security cooperation with Britain, including regular exercises and defence trade and collaboration.

“This cooperation will grow. I am also pleased that UK will participate in the International Fleet Review in India in February 2016. UK will also be a strong partner in India ’s defence modernization plans, including our ‘Make in India’ mission in defence sector, ” the Indian prime minister said.

He said the economic partnership between the two countries was quite robust  “and a key pillar of our partnership”.

“I expressed confidence that this relationship grow rapidly in the years ahead, given the size and scale of opportunities in a rapidly expanding India and Britain ’s own formidable economic strengths, ” Modi said.

Stating that Britain was already the third largest investor in India, he said there was more investment from India in Britain than in rest of the European Union combined.

“We will launch a new fast track mechanism for UK investments in India. The revival of India-UK CEO Forum is a welcome step,”  he said.

“I am pleased, but also believe it is natural that we will issue a Railways Rupee Bond in London. This is where the journey of Indian Railways began. ”

Modi expressed happiness with the progress in the cooperation between the two countries in clean energy and climate change, involving the governments and the private sector.

“This is an area of immense importance and enormous opportunities. Our bilateral cooperation will supplement India ’s comprehensive and ambitious national plan on climate change, ”  he said.

According to the Indian prime minister, the partnership between the two countries includes peace and stability in Asia, especially in South Asia and West Asia, maritime security, cyber security, and terrorism and extremism.

He also thanked Cameron for the strong British support for India’s permanent membership of the UN Security Council and membership in the international export control regimes.

On his part, Cameron said that as the oldest and largest democracies, India and Britain were natural partners.

He said Britain and India would build stronger economic, defence and global partnerships.

During the course of Modi’s visit, the two sides are expected to sign a number of agreements on mutual investments and defence cooperation.