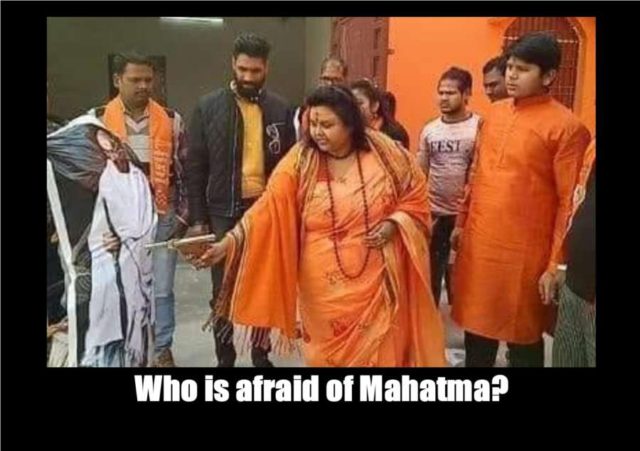 Gandhi was shot dead by Nathuram Godse on 30th January 1948 in New Delhi. Bapu, Father of the Nation, shot at again on his 71st death anniversary at Aligarh….A special comment by Taha Coburn-Kutay for Asian Lite. Please send your comments to newsdesk@asianlite.com 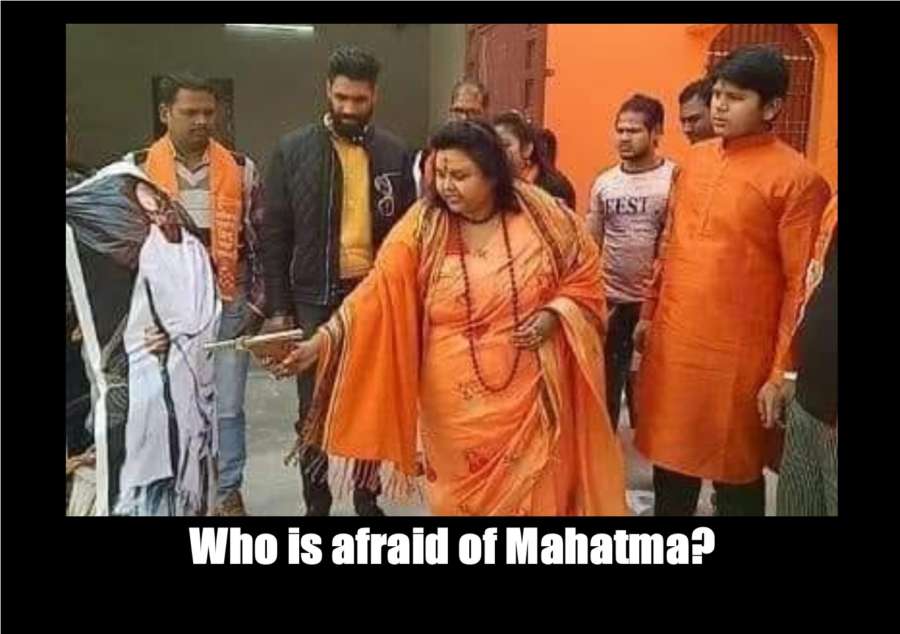 National General Secretary of the Hindu Mahasabha Shakun Pandey shot at an effigy of Mahatma Gandhi following which blood oozed from the effigy. She the garlanded a statue of Nathuram Godse on Wednesday, 30 January. The 71st death anniversary of Bapu.

Pandey, a familiar face at the meetings of former MP chief minister Shivraj Singh Chauhan and firebrand sanyasin Uma Bharathi, also distributed sweets among the supporters at this gruesome event which took place in Aligarh. This is not the fist time the Hindu Mahasabha has marked Gandhi’s death anniversary in such a manner. Gandhi was shot dead by Nathuram Godse on 30th January 1948 in New Delhi.

This kind of act demonstrates the mindset of a handful of people who are hell bent on bringing a bad name to the secular fabric of India. Gandhi who was a well-respected person throughout the world and some of his works are still given as examples globally. His statue has been installed at the prestigious British Parliament square with the likes of Winston Churchill and Nelson Mandela.

Countries like South Africa got their independence based on the principles of non-violence and peaceful protests which were instilled by Gandhi. Nelson Mandela has quoted the Mahatma in many of his speeches as how with his determination for freedom got India free from the British rule. 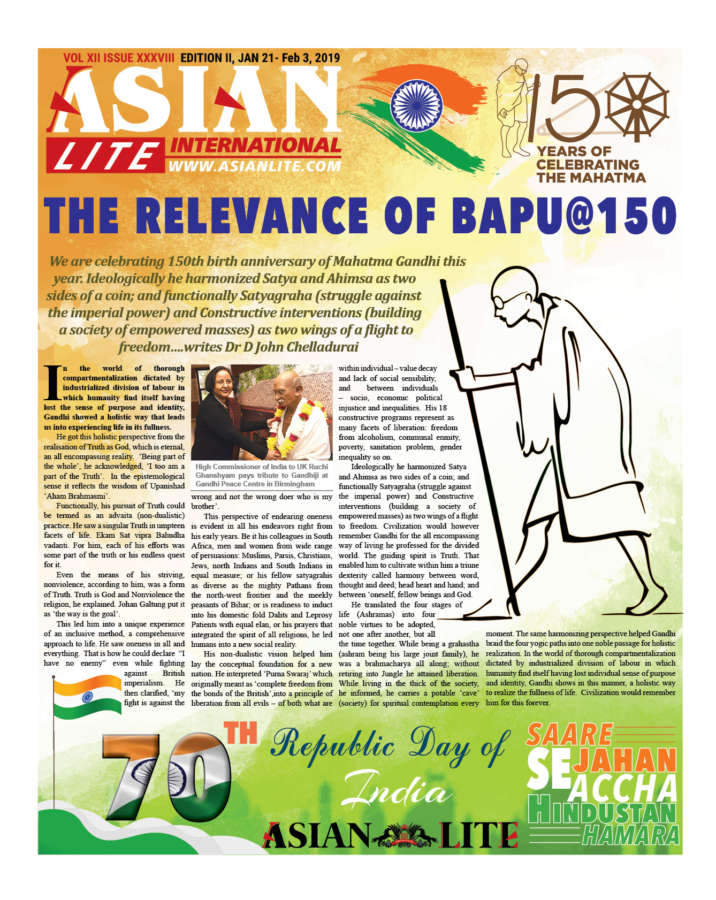 The second principle of Gandhian philosophy may be stated as follows: All social action should be governed by the same simple set of moral values, of which the main elements are selflessness, non-attachment, nonviolence and active service.

This was Mohandas Karamchand Gandhi and people for the likes of Shakun Pandey will probably never understand this concept because all they have done in their entire life is to spread hatred.

We the international community must stand for India and the Gandhian principles based on which India attained its independence. We have to teach not just our children but the community we live with that it is our responsibility to make the world a non-violent and safe place with all the violent occurrence happening in our home countries or globally.