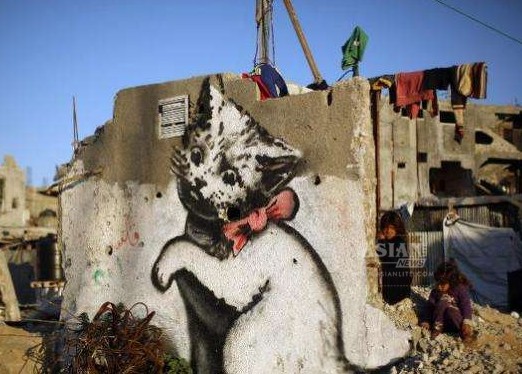 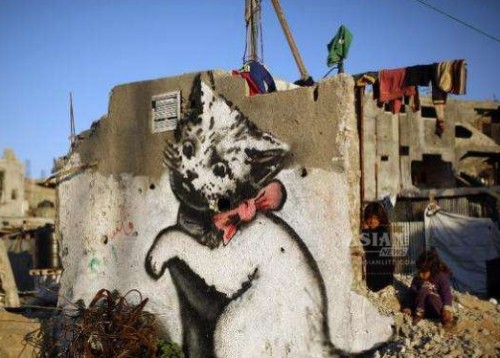 A Palestinian man says he was tricked into selling a mural by British graffiti artist Banksy that is estimated to be worth hundreds of thousands of dollars, a media report said .

Rabie Darduna told the BBC he was given less than $175 for the image drawn on the only remaining door of his house in Gaza.

Banksy visited Gaza in February and used the rubble as a canvas for his graffiti.

His paintings included a cat playing with a ball of mangled metal and an image of children swinging from an Israeli watchtower. On the door of the Dardunas’ ruined house, he painted a picture of a weeping Greek goddess.

Darduna said he was duped into selling the piece by a local man who was pretending to work for the artist.

The buyer said his purchase was legal. He said he paid $175 for the mural. But Banksy’s artworks usually carry a much higher price tag.

In August 2014, a painting by the artist left on the wall of a social club in the English city of Bristol sold for more than $590,000.

Banksy’s representative has contacted them to say the artist believes the picture should be returned.

Banksy is the pseudonym of an British graffiti artist, political activist, film director, and painter.